Femise > Articles > When migration policy has an influence on trade 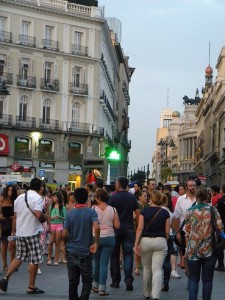 Immigration has many benefits for both the countries of origin and the countries of destination, according to the latest study published by Femise (FEM34-01). There is political, sociological and economic capital to be made thanks to development of bilateral trade.

“The Trade Creation Effect Of Immigrants: Characterising Socioeconomic Opportunities Arising From Linkages Between People’s And Goods’ Flows Inside The Mena Region”.  The Femise FEM34-01 study demonstrates that beyond benefits for the labour market, immigration has numerous advantages, not just for employment.

“Migrants can generate positive effects on bilateral trade between the host country and the destination country of the migrants”, says the report, which even manages to quantify the benefits on both imports and exports.  “A 10% increase in the immigrant population generates effects of trade creation of around 2% to 5% for Mediterranean countries and up to 6% for countries further afield, such as Asia”, says Femise.  Indeed, what could be more logical than a migrant seeking to consume products from his country of origin?

Researchers have focused on exploring the relationship between migration and trade for Portugal, Italy and Spain. During the last decade, these three countries have received 10 million migrants from Morocco, Algeria and Tunisia.  Migration has a significant impact on the financial flows to the country of origin, foreign direct investment and trade.  So, Tunisians living in France favour imports of food products and textiles and boost remittances and FDI.  Education levels, income and economic conditions in the destination country explain, among other things, remittances to the country of origin.

The greater the distance between the host country and the country of origin, the richer the trade relations are.

The document shows that the greater the distance between the host country and the country of origin, the richer the trade relations are.  Immigration from North African countries goes way back, but nevertheless presents development opportunities for new trade flows for manufactured products and some primary products.

The relationship between trade and migration illustrated in the case of France and Egypt, demonstrates that an increase in the number of Egyptian immigrants of 10% generates an increase in trade of 2% to 5%.  Increased trade is still uneven across products.

These results are of paramount importance in the context of Mediterranean policies because they emphasise the role of migrants in the economy, which was not the case in the past.  In this context, Femise calls for the establishment of real national and European migration policies that generate trade, and stress the fundamental role of education on the flow of migrants.