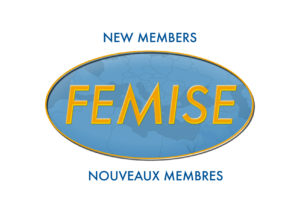 FEMISE is pleased to announce that two new members have joined its network, as of December 2021:

In addition, SOAS, University of London, has now replaced LMEI, (The London Middle East Institute), SOAS as an active member of FEMISE,

Please see details below about these three institutions.

FEMISE continues to be open for new members to join the largest EU-Med network. All members are active and regularly participate in the institutional and technical activities of the network.

In 2020 and 2021, the Bureau has initiated a process to review the status of existing members in terms of their participation in FEMISE activities, including their response to the General Assembly’s votes. After a classification of existing institutions based on their participation, the FEMISE Membership Committee presented its recommendations to the Board regarding inactive members. Over the past two years, a number of institutions have reactivated their membership while others have been dropped as their institutions no longer exist or they have become ‘inactive’ for many years.

We are delighted to announce that following the adhesion of the 2 new members in the FEMISE Network, the number of network members reached 100 members’ institutes: 54 from the North (representing the EU-27 and UK) and 46 from the South (representing the 10 South and East Mediterranean countries).

This is a vote of confidence to FEMISE who is developing into the largest EU-Med network in the region, with an increasing numbers of researchers from both shores who are working together for the development and integration of the region and an increasing number of contacts from policy makers and international organisations.

Initiated in 1989 and established in 2014, the Luxembourg Institute of Socio-Economic Research (LISER) is a public research institute located in Luxembourg under the supervision of the Ministry of Higher Education and Research. Integrated into a unified legal framework (law of 3 December 2014) LISER’s missions are to undertake both fundamental and applied research in social sciences that aim to advance knowledge, support public policy both at the national and European level and inform society.

LISER contributes to the advancement of scientific knowledge in social and economic matters across the activities of its three research departments “Living Conditions“, “Labour Market” and “Urban Development and Mobility“.

In parallel, the institute aligns itself with national and European priorities and fosters interdisciplinarity by focusing its research work on three priority research programmes: “Crossing Borders“, “Health and Health Systems” and “Digital Transformation“.

The Department of Economics of the University IOANNINA

Within the University of Ioannina, the Department of Economics undertakes theoretical, applied and policy research in the fields of economics and management.

The Department has a strong record of participation in National, Regional and European funded activities and projects and has a proven long-term experience in managing, monitoring, and coordinating research, educational and development projects

Department faculty is engaged in several projects, actions and networks of relevance to the Mediterranean region like the MED2050 foresight exercise, the Cross-KIC project “Finding innovative solutions for water scarcity in Southern Europe” led by the European Institute of Innovation and Technology, and the Euro-Mediterranean Economists Association.

SOAS University of London is the leading Higher Education institution in Europe specialising in the study of Asia, Africa and the Near and Middle East. With more than 300 academics dedicated to research and teaching in these areas, it has become one of the world’s leading institutions of its kind.

The School was founded in 1916 as the School of Oriental Studies. It took its present title in 1938, by which time it had also established itself as a centre for African Studies. It moved to its present site in 1941.

With its vast repository of knowledge and expertise on the specialist regions, the Institute is well placed to inform and shape current thinking about the economic, political, cultural, security and religious challenges of our world. SOAS scholars grapple with the pressing issues confronting two-thirds of humankind today: democracy, development, economy, finance, public and corporate policy, human rights, migration, identity, legal systems, poverty, religion, and social change.

SOAS publishes and hosts a number of internationally renowned publications. They include area studies and disciplinary journals and books and offer a range of historical and contemporary perspectives.