According to the latest predictions, global temperatures are expected to increase by 2 degrees C above pre-industrial levels by 2050, even if global emissions of greenhouse gases fall. As the world experiences more rain fall, more droughts, floods, heat waves and more frequent extreme weather conditions in general, rising temperatures will have adverse effects on ecosystems, health and economic growth. While communities and governments worldwide realize that there is a need to undertake adaptive measures, the absence of a thorough analysis of the likely impacts of rising temperatures on economic growth can hinder timely adaptation. Moreover, given that climate change will affect a wide range of economic activities differently, there is also a need for identifying which of these areas should receive immediate attention. This is possible only if the impact of climate change on economic growth is assessed.

The channels through which climate change affects economic growth are numerous, ranging from lower productivity of factors of production and faster capital depreciation as temperatures increase, to destruction of capital stock and loss in agricultural land in the wake of rising sea levels. Capital accumulation can also be affected through adjustments in the saving behavior of forward-looking agents who anticipate future climate change, though the ultimate effect is ambiguous since savings can either increase or decrease. Savings can increase to permit consumers to smooth consumption as future income falls while it can decrease if lower capital productivity reduces the rate of return on capital inducing consumers to invest less and consume more in the present.In general, whether climate change is manifested in a change in mean temperature or variability in temperature, there is a dearth of empirical research assessing the impact of climate change on economic growth and little is known about the relative importance of the various channels through which climate change affects growth.For Egypt global circulation models project temperature increases towards 2100 on the order of 3 to 3.5°C compared to a 1960-90 baseline along with decreases in average annual precipitation. Compared to countries in the Euro Med region, Egypt is particularly vulnerable to the adverse effects of climate change, given that agriculture continues to provide livelihoods for a large segment of the population and given the prevalence of poverty in rural areas. In 2006, the rural population accounted for 58% of total population. Moreover, the bulk of agricultural land and a large fraction of economic activity is concentrated in the Nile delta which is in close proximity to coastal areas threatened by sea level rise. Agricultural output will potentially be further constrained by adverse yield impacts resulting from higher temperatures. Bringing new land into cultivation is costly especially in light of the water scarcity problem that Egypt will soon be facing. Shortage in agricultural output produced will aggravate the problem of rising food prices that Egypt is already facing. Signs of a distressed agricultural sector are beginning to show already as temperature in the summer of 2010 increased to unprecedented levels. Many agricultural crops were adversely affected and shortages were immediately reflected in price hikes.With the bulk of industrial value added generated in labor intensive industries, where Egypt has a long standing comparative advantage and where production involves physical effort, any further rise in temperature is likely to impinge negatively on productivity and growth as well as competitiveness on world markets. Moreover, establishments in industry in Egypt are mostly classified as micro and small scale and lack access to capital markets, which compounds the problems of adaptation.The incidence of power disruption occurred repeatedly during the summer of 2010,2012 and 2013 as demand for electricity, mainly for cooling, increased, signaling that the country’s infrastructure is not equipped to deal with the pressure created as temperature increases. This is likely to discourage investment in many industries like cement, steel, metals and glass where power disruption can lead to losses in material. Under such circumstances, a most likely scenario is that the government will try to ration demand for electricity by increasing its price, which serves to increase the cost of production further undermining growth. In fact this is exactly what has happened over the past two monthsThe virtual absence of research on the impact of climate change on economic growth in the case of Egypt renders any discussion of adaptive measures intrinsically difficult. Our research aims at exploring the likely impact of climate change on economic growth with the aid of an intertemporal general equilibrium model. Although static as well as recursive-dynamic computable general equilibrium (CGE) models have previously been used to address issues related to climate change, this study constitutes to the best of our knowledge the first attempt to address such issues using a country-specific intertemporal general equilibrium model with forward-looking agents. With perfect foresight and intertemporal optimizing behavior by consumers and firms, the model is well suited to trace the impact of an anticipated climate change shock ? whether manifested in an increase in mean temperature or temperature variability- on savings, investment, economic growth and welfare.Our contribution to the literature is both methodological and empirical.

On the methodological side, the present study overcomes the limitations of existing recursive-dynamic computable general models for climate change impact analysis by incorporating forward-looking expectations. Moreover, it extends the existing family of discrete-time intertemporal computable general equilibrium models to which our model belongs by incorporating population growth and technical progress.Several simulations have been conducted using our model. In the counterfactual no-climate-change baseline scenario S0, the economy grows steadily at the long-run equilibrium growth rate of 3.22 percent. Scenario S1 considers adverse climate impacts on agricultural productivity that gradually increase in strength over time from 2010 onwards. The time path of these future productivity shocks is disclosed at the start of the simulation horizon, and agents in the present perfect foresight setting revise their intertemporal consumption and investment plans in response to the bad news. The anticipated future productivity shocks lower the present value of expected GDP. By 2050, aggregate real consumption is 3.6 percent below its baseline equilibrium level for the same year.Scenarios S2 and S3 consider sea level rise (SRL) impacts on economic activity without and with additional real capital losses due to extreme storm surges. We simulate disruptions to economic activity due to SLR in the absence of coastal protection investments as anticipated adverse shocks to TFP across all sectors that rise linearly in strength from 0 before 2015 to 2 percent of baseline productivity in 2100. The significant adverse impacts on aggregate real investment and the aggregate capital stock well before the middle of the century may look surprising at first sight, given that the bulk of the adverse physical Sea Level Rise impacts are assumed to materialize only in the second half of the century. However, it is precisely the anticipation of these future impacts beyond 2050 that reduce the expected returns to domestic durable capital and thus discourage domestic investment in favor of the alternative to invest in foreign assets at the given world market interest rate or to reduce the foreign debt.Scenario S4 considers direct thermal stress impacts on labor productivity. The simulation result suggest a noticeable impact on aggregate economic outcomes. Under the stated assumptions, real GDP in 2050 is projected to be 0.82 percent lower than in the baseline and the aggregate capital stock drops by 0.65 percent below base, which due to the impact of lower labor productivity on the expected returns to domestic investment.Finally scenario S5 simulates the joint occurrence of the climate shocks considered under S1, S3 and S4. Under this comprehensive impact scenario, real GDP in 2050 is projected to be 7.3 percent below the 2050 baseline level, the aggregate capital stock drops by 12 percent and aggregate consumption drops by nearly 3 percent below baseline in the absence of adaptation investments.A set of priority actions for the agricultural sector to counteract the decline in agricultural productivity occurring under S2 includes investments to improve surface irrigation system efficiency and support for changes in crop and livestock management practices. A comparison of the aggregate results for the simulation involving these adaptive measures with the corresponding figures for S1 suggests a noticeable net beneficial impact of the agricultural adaptation measures.

Model results also show substantial net benefits for investments in coastal protection investments to counteract the negative effects occurring under S3. The GDP loss in 2050 is reduced by over 3.2 percentage-points in relation to the no-adaptation scenario, and the drop in 2050 real consumption is reduced from -1.21 to -0.25 percent below the baseline level. Model results show that adapting to lower labour productivity resulting from heat stress through installing cooling devices is not viable from a cost benefit analysis because it raises the demand for electricity which in turn raises its price increasing the costs facing firms. 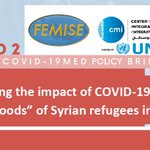 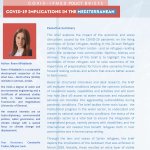 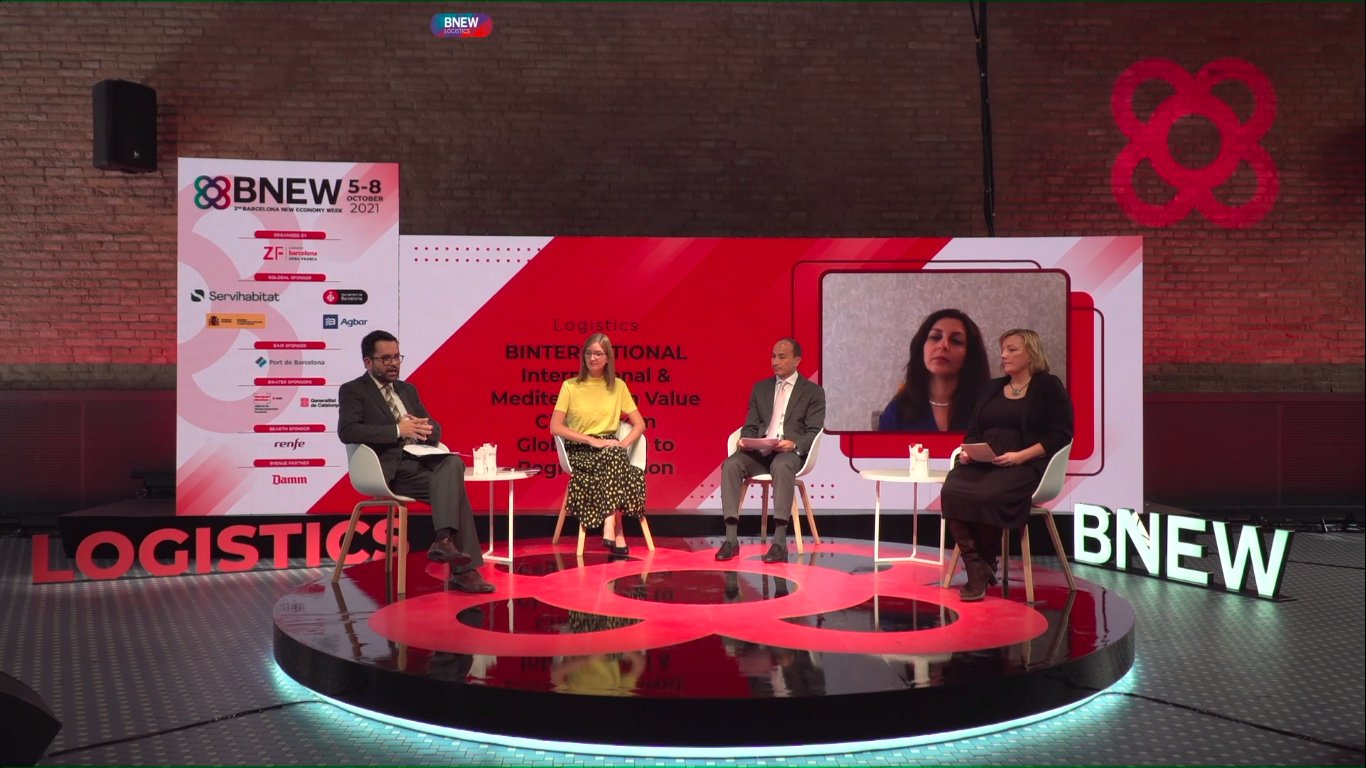