Theme : Empowering Women and Youth Leaders in the Mediterranean and Africa

Jordan, Lebanon, Morocco, Palestine, Tunisia, Egypt… Delegations came from all around the Mediterranean for this day. Women and young people, often both at the same time, were there to “exchange experiences” as notes Layla Al Qassim, who came from Amman for the occasion. First a reflection, drawn up by the Secretary General of FEMISE Dr. Constantin Tsakas “We observe inequalities on all fronts in the Mediterranean, however we also find that there are many women and young people who are carriers of real solutions”.

In line with what the Think Tank has been offering for several years now, FEMISE thus traveled to the Mediterranean countries to “identify Change Makers“, adds Dr Tsakas. The objective is to be present in the field to propose concrete solutions, to carry out Research-Action which promotes good practices while offering relevant recommendations. Evidently, in the image of the Med briefs produced by FEMISE, it is a question of proposing findings, ideas, reflections, which could be used for political decision-making for more inclusiveness in the Mediterranean.

“We need research that caters to the needs of populations”

During the numerous FEMISE trips, the Secretary General admits having met “many women who are carriers of solutions. These women and young people direct, support and finance projects that have a considerable economic and social impact on their communities, regions and industries. ” This is also where the idea for this workshop was born. The Think tank wants to put the spotlight on these different women “because we believe in success stories a lot” abounds Dr Tsakas. Layla Al Qassim for example (see video above) was able to discuss the various progresses made within the Landmark Hotels chain of hotels in Jordan, for which she is responsible for strategic engagement and sustainability projects, such as “the establishment of a free nursery accessible to all employees“.

An idea already in place in several American or Scandinavian companies, and which benefits employees and employers. The former have less distance to travel to drop off the children and are less stressed. The latter benefit from higher productivity, since the employee is less under pressure.

But it is above all a concrete and quickly applicable idea as “we need research close to the expectations of the population” underlines Karine Moukaddem, junior researcher at Beyond Reform and Development and political analyst attached to FEMISE. The Mediterranean sustainable development expert is convinced of this, research close to expectations allows “political actions that are close to the realities of the population“.

This observation is shared by A’Laa Chbaro, who also underlines the need to restore ambition in Mediterranean women and give them the confidence to get started. Skills development and knowledge sharing are key factors that the young 23-year-old entrepreneur, director of the MENA branch of the international association Impact the world, seeks to develop.

The workshop ultimately helped to build bridges and decompartmentalize worlds, as often with FEMISE, between research and application on the ground, because it is well known after all, experience and science always progress together.

In a second part of this article, we will focus on the speakers at the IM / FEMISE workshop who support initiatives led by women and young people in other fields, such as in environmental awareness and in the media.

Find all the information from the Mediterranean think tank by clicking here. 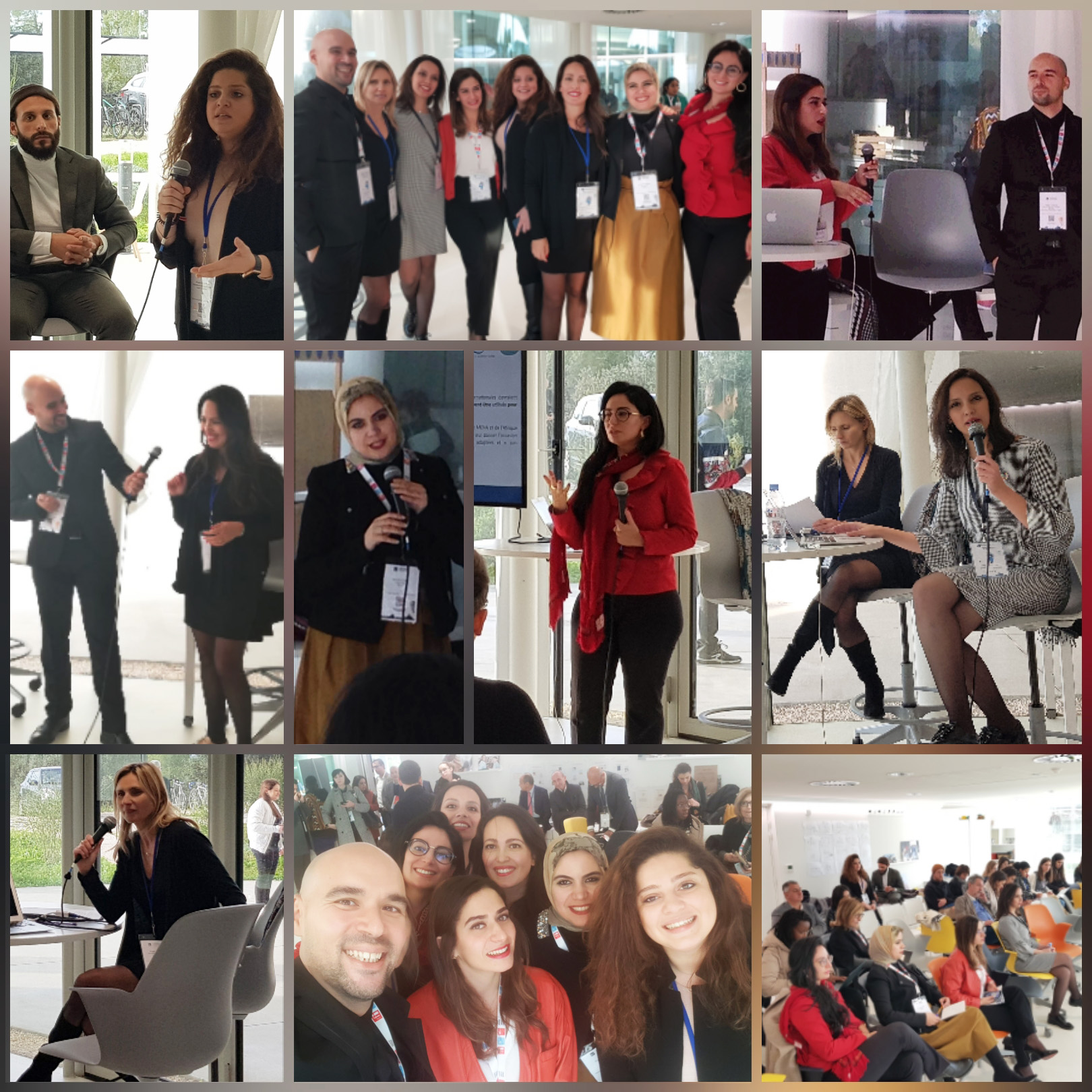 Moments from the IM/FEMISE workshop at EV2019 :Empowering Women and Youth Leaders in the Mediterranean and Africa (Dec 4th, TheCamp, Aix-en-Pce)