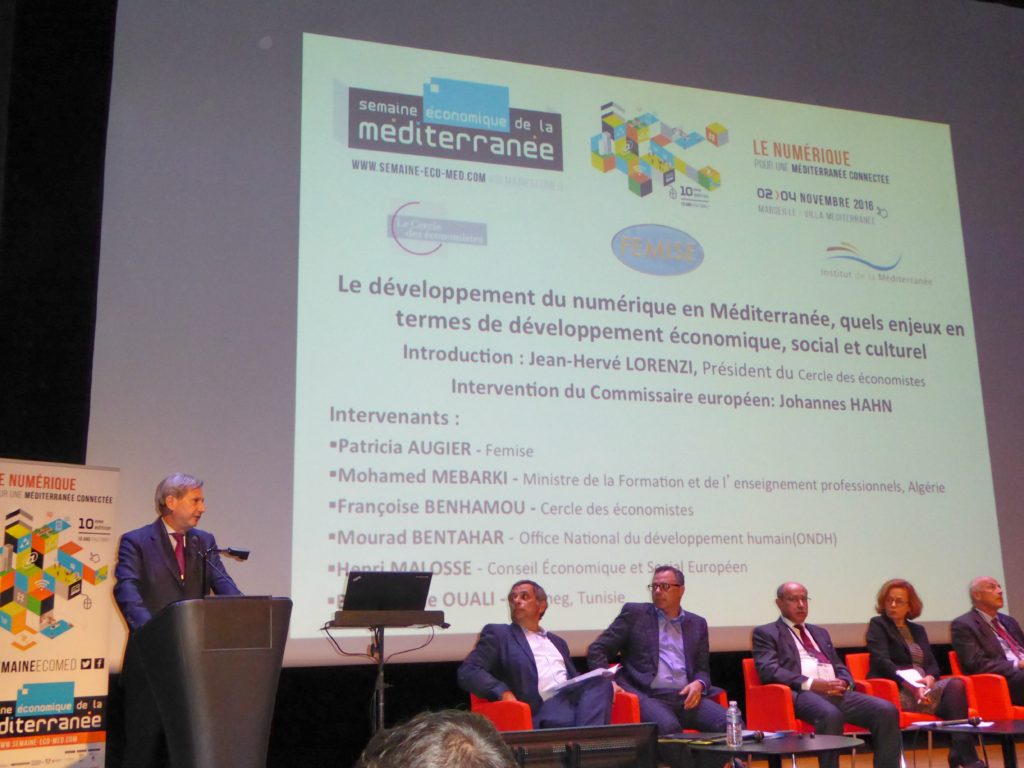 This year, the twelfth Economic Rendez-Vous, held on the afternoon of Thursday 3rd November as part of Mediterranean Economic Week (Marseille, Villa Méditerranée), were devoted to the profound changes to the manufacturing sector (and in particular to the social aspect of labour markets) resulting from digital development.

The debates that took place allowed for discussion on the real contribution of digital technology to the future development of Mediterranean countries, as well as on forecasts for various sectors with regard to job creation (and losses due to the expected decrease in traditional jobs) and on providing incentivising public policies.

Debates also allowed for discussion on the policies being undertaken in an international context and especially within the wider Euro-Mediterranean region.

FEMISE partnered with the organizers (Cercle des économistes and Institut de la Méditerranée) and participated to the debates. 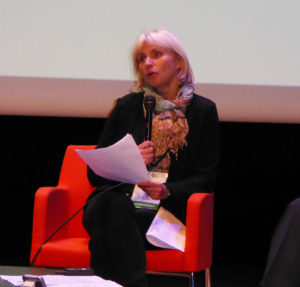 In her speech, Prof. Patricia Augier, Co-ordinator and Scientific Director of FEMISE, highlighted that by acting on the different components of the labor market, the digital economy can potentially be a tool to help the economic and social convergence of the two shores of the Mediterranean. There is a real potential for growth, new vocations and jobs. However, digital development must be done intelligently, gradually, so that its positive contributions can be effectively absorbed in developing and emerging countries.

The position of Femise is that the positive effects that can derive from digital tools (including those affecting the labor market) are real but will not happen spontaneously: Public action is essential, not only to transform potentially positive effects into real effects, but also to avoid increasing different forms of divergences. The speech of Pr Patricia AUGIER is available here (in French). 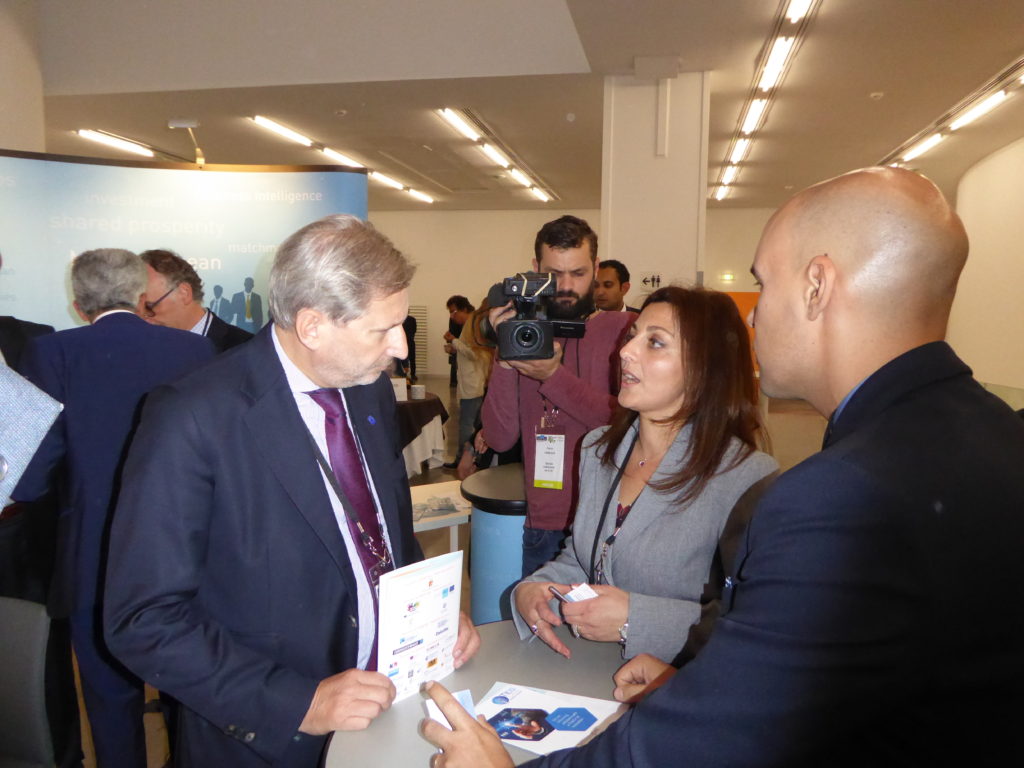 Moreover, the Rendez-Vous had the honour and pleasure of welcoming Johannes Hahn, EU Commissioner for European Neighbourhood Policy and Enlargement Negotiations, who made an introductory speech to the Rendez-Vous.

In his speech, Commissioner Hahn highlighted how digital technologies and services are now part of the daily lives of most of the global population, bringing efficiency and affordable communication. They have created new services and products, giving access to vast amounts of information and raising the voice of ordinary citizens. There is no doubt that the sustainable society of tomorrow will be a digital one. This Digital revolution, however, also brings new challenges, such as new power asymmetries and influences, data protection concerns, debates on jurisdiction as well as cyber-security threats.

Commissioner Hahn was glad to note that there is an active policy dialogue on digital economy at the regional level, following the Union for the Mediterranean ministerial meeting on Digital Economy in 2014. This meeting also identified common challenges to be addressed and cooperation on this is on-going to tackle big data, e-infrastructure, a sound e-communication framework, privacy, Internet governance and other areas.

The entire introductory speech of Commissioner Hahn is available by clicking here.

The final declaration of the Rendez Vous Economiques can be found here.

A video resuming the European Commissioner’s meetings with representatives of FEMISE and of other institutions based in Marseille is available at the window below. 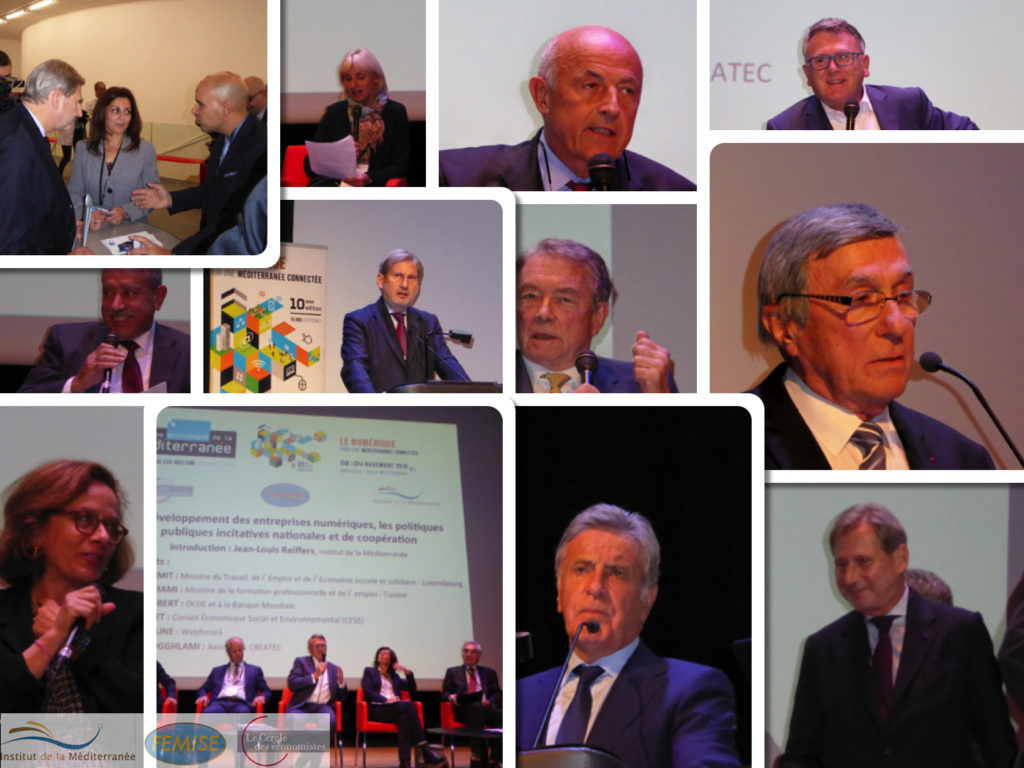 FEMISE participated through the EU-FEMISE project on “Support to Economic Research, studies and dialogues of the Euro-Mediterranean Partnership”. The views expressed in this conference are the sole responsibility of the authors.