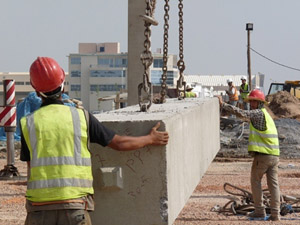 Just like western countries, Maghreb countries are creating cluster developments. Networks are seen as an accelerator of productivity, with information sharing, emulation and export incentives. But more than anything, it is the internationalisation of business that creates the greatest chance of development.

At a time when Mediterranean countries are beginning, almost simultaneously, to review their land development plans and build small and large industrial parks, logistics platforms and other free zones, the Euro-Mediterranean Forum of Economic Science Institutes (FEMISE), is questioning the potential impact that SME clustering could have on the growth of productivity.

“It is an opportunity for companies to interact, exchange information and knowledge about foreign markets (…) Clustering businesses in the same sector has a great influence on the decision to export and attracts direct, foreign investment”, according to the authors of this study (FEM 33-17) entitled “National and International networks and business performance:  a complementary approach to convergence in the countries of the MENA region”.

Internationally oriented companies are bigger, and their productivity much greater

The authors decided to study the business networks of Turkish, Spanish and Moroccan companies.  In the light of their work, they are now qualifying the advantage of these connections that may produce congestion, especially in Turkey, which is a real obstacle to productivity.

Spain, on the other hand, has been able to take advantage of these clusters, which contribute to the creation of a very real pool of labour. But again, problems of congestion exist.  According to the authors of the report “localisation has a less clear influence on productivity than the internationalisation of the company”.

Indeed, internationally oriented companies are bigger, and their productivity much greater than those confined to the domestic market. “Small, international companies have higher productivity than large ones that do not import or export”, argues the study.  It’s the same scenario for foreign SMEs, which are bigger and more productive than national firms.

Another factor that seems decisive in terms of performance is the relationship of trust between business partners.  The Femise study reveals that Moroccans and Spaniards have trust issues.

Similarly, “trust levels are lower in developed countries (…)”, says the document.  Then trade history, culture and geographic ties between the countries come into play.  After applying experimental methodology, the report notes that these factors are determinants in trade and investment between countries.

Photo and article by Nathalie Bureau du Colombier, Econostrum. It belongs to a series of articles published in the context of the partnership between Econostrum and Femise for the year 2011. These articles also feed the “Grand Angle” part of the Econostrum Website. You can find this topic and all information at the following address: www.econostrum.info. Registration for the Econostrum newsletter is available here: http://www.econostrum.info/subscription/