An all-encompassing and sustainable growth model, that creates employment and favours social inclusion, is what South MED countries need. However, despite national efforts, unemployment and all types of inequalities remain high, urging for new approaches. In that respect, Social Entrepreneurship (SE)[1] can offer meaningful prospects and help tackle MED endemic issues since it: i. includes all groups and has great job creation potential, ii. is based on regional development, iii. addresses lack of diversification; iv. offers solidarity responses for all generations.

Aspiring to contribute in unlocking obstacles to development of social enterprises and in supporting social entrepreneurs, FEMISE has undertaken an ambitious effort in linking Social Entrepreneurship (SE) stakeholders in the Euro-Med. These efforts started while preparing its 2014 EIB financed report on Social Entrepreneurship in the Maghreb and continue with its 2018 report on Private Sector development (forthcoming). These efforts set the ground for an unprecedented multi-year strategy for the emergence of SE ecosystems that associates EU-MED cooperation communities along with key MED Social Impact and entrepreneurship support actors.

Ahead of the publication of its 2018 report, FEMISE interviewed some of its key partner actors to offer preliminary insights on what actions they see as priorities to facilitate cooperation between Social Entrepreneurship structures, on which international good practices could be transposable to the South-Med context and on the initiatives their respective structures operate to promote inclusiveness and social utility. Below are excerpts from three key EU-MED actors in the Social Entrepreneurship field. 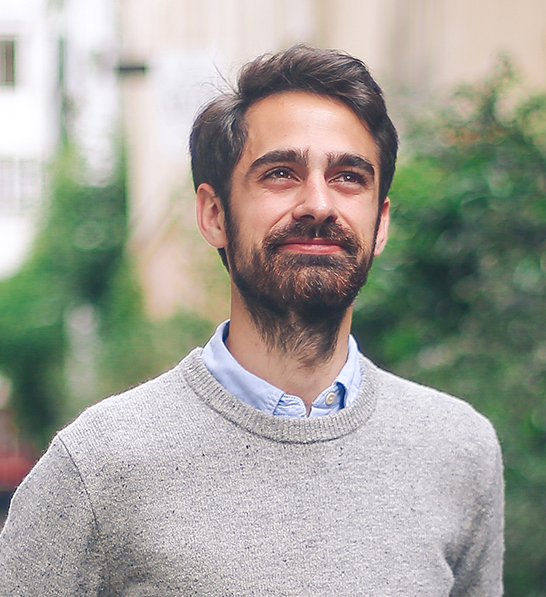 Thomas Vailleux: Not all South Mediterranean countries are equal in terms of political will for the development of social entrepreneurship. Nonetheless, I believe it is important to make sharing of best practices, feedbacks, networks and knowledge within the region a modus operandi. This collaborative operational methodology embodies the values ​​of Social Entrepreneurship. This would involve setting up a regional collaboration platform to foster exchange and strengthen cooperation between actors sharing common interests, in particular with a view to opening up to the regional market (through partnerships, exports, regional integration etc.). This platform can take the form of a web platform and a calendar of regional meetings targeting objectives already identified as key by actors such as the Lebanese think tank Beyond Reform & Development.

At the scale of support structures, innovative and effective methodologies have been invented or reinvented to equip social entrepreneurs and professionalize the specific and dual approach of a social entrepreneur (social vs. business). These methodologies are supported by high-growth support structures, cooperating with public and private domains, such as MakeSense international or Ticket for Change in France, whose founders have been awarded numerous times. Moreover, the introduction of legislative measures facilitating the creation of social enterprises and the introduction of tax-reductions for owners of SEs, such as in Italy and France, can be gamechangers. Finally, in « pioneer countries » of SE, telling the stories of solutions and project instigators can quickly become a means of federating communities of “changemakers”.

Friends of the Middle East is an association based in Paris and Beirut, one of whose objectives is to share another face of the region through the stories of the experiences of its citizens, including social entrepreneurs. Through our documentary film project « Changemakers in the Arab World », we seek to promote the inclusion of marginalized audiences by representing them in our film. Our partnerships with NGOs and local and regional foundations enable young people from marginalized areas to be sensitized with the aim of removing them from violence and extremism in order to bring them closer to the “faire-ensemble”. Our program of “projections-action!” in several countries is designed to involve the spectators at the end of the projection through workshops of problem-solving and connections with the actors of the ecosystem. 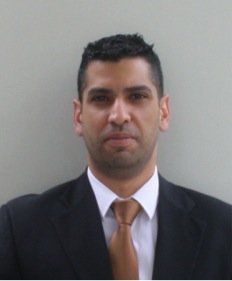 Shadi Atshan : Enabling the facilitation for development of the social entrepreneurship structure in general, and in South Mediterranean countries specifically, should be prioritized on three main levels, starting from a broader sense and then narrowing in towards micro-level strategies. A broader strategy should be set to induce the idea of social responsibility, and creating benefits through profitable start-ups throughout the region. Once this strategy is incorporated, workshops and conferences should be introduced within the countries themselves, on how to create or target already existing social gaps within the economy, and create profitable solutions. Finally, the incubators, accelerators, and entrepreneurial-related associations should incorporate tailor-made programs targeting social entrepreneurship programs particularly, and offering the needed training and mentorship to induce the creation of successful start-ups.

Two main international good practices that directly filter into social entrepreneurship initiatives, and lead to the creation of new businesses in the South Mediterranean region are recycling and the transition into solar energy practices. These good practices would guarantee higher efficiency, lower cost, and higher sustainability on the long term for the region as a whole. In addition to encouraging young entrepreneurs to create new start-ups centered around social advancement within their economy. In order to enable such an environment of sustainability and creative thought, certain programs and aspects need to be introduced. The first is research & development programs to encourage the entrepreneurs to create innovative ideas and new products. The second is an international expert network on the ground, to help the start-up receive the mentoring and advise they need, and move to the next level. Finally introduce an Angel network in the region to invest in the entrepreneurs, especially through social initiative start-ups to allow them to expand and create long term benefits.

Social inclusion and utility is one of Leader Organization’s main initiatives, and therefore, one of the programs it undertakes is the Social Enterprise Accelerator (SEA). The concept emerged out of the lack of support to the social enterprises, the accelerator is meant to find sustainable solutions for this issue. A particular emphasis through SEA was directed towards women and youth with the ambition and potential to build sustainable social enterprises that impact their communities will be beneficiaries of an innovative and extensive support program. This project goes even further in promoting engagement, where women and youth from marginalized communities with potential identity issues of concern and importance to them (in society, politics, economics and the environment) develop their own social enterprises, and receive support. The program has provided training for over 150 entrepreneurs age 22 to 30, and has hosted and supported 7 start-ups, with a women participation rate of 42%. 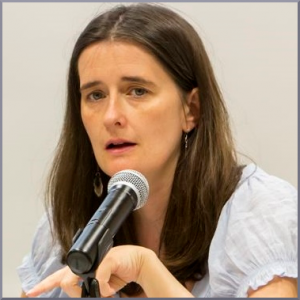 Patrizia Bussi coordinates the Brussels-based European Network of Social Integration Enterprise (ENSIE), representing social enterprises and especially more than 2500 work integration social enterprises across Europe (27 members in 19 EU Member States, Switzerland and Serbia). ENSIE aims to contribute to sustainable development through different actions such as creating links between the job market and the social integration of disadvantaged risk-groups by improving their employment opportunities and productivity. During her time in ENSIE, Patrizia has also worked for two Italian social economy enterprises: the Consorzio Sociale Abele Lavoro and the A-type social cooperative Stranaidea. She was a member of the consultative multi-stakeholder group on social business (GECES), member of the GECES’s Social Impact Measurement sub-group and member of the Italian GECES group, Gruppo Multilaterale sull’imprenditoria sociale. She is now participating in the GECES as observer. Since 2014 she represents ENSIE in the Structured Dialogue with European Structural and Investment Funds’ partners group of experts (ESIF SD).

Patrizia Bussi: I think it’s necessary in each South Mediterranean country to search for the structures of social entrepreneurship and social economy that already exist, helping them in working together so that they can be visible and recognized at national level and so that they can cooperate to unlocking untapped potentials of their territories. Following these important steps, progressive cooperation has to be built among the structures of the whole South Mediterranean.

Identifying international good practices that could be transposable is not an easy task. There are some that have already shown their success such as the Incorpora program in Morocco, or some activities with social impact in Tunisia, launched by the French SOS group. These experiences confirm the importance of taking into consideration the territorial realities (economic, social, historical, cultural) and to adapt international good practices to these realities.

ENSIE represents, supports and develops within Europe networks and federations of Work Integration Social Enterprises (WISEs): efficient tools for access to, social and professional reintegration into the labour market and social inclusion of vulnerable groups. The 2016 ‘Impact WISEs’ study examined 807 work integration social enterprises (WISEs), present in 9 countries of the European Union and including 12,954 disadvantaged workers. The study identified that 48,5% of disadvantaged workers found a job in the same WISE, in another WISE or in the classic labour market while 16,5% became self-entrepreneurs or found professional training.

The multiple interviews carried out by FEMISE showed the need to support the development of an enabling policy and regulatory environment for MED SE’s. They also highlighted how it is essential to raise awareness and capacity of ecosystem stakeholders to support the growth of SE’s that contribute to value creation and employment generation in MED countries. They also emphasised the importance of communication and sharing of best practices.

Based on these observations, FEMISE mobilized its scientific community for its 2018 report on Private sector development that will include a chapter on Social Entrepreneurship potential in the Med countries. The chapter will focus on the range of tools (notably financial) to support and develop SE in this region and present potential actions on the EU-MED level that could support and develop SE. The report is expected to be available in Q4 2018.