FEMISE organized a Policy Seminar on the theme of «Structural Transformation in Selected South-Med Countries» in Madrid on July 3rd 2015. The aim of this seminar was to engage in an active discussion with a mixed audience on the conditions under which industrial policy works, with a particular focus on the Euromed region. The seminar was organised at the Universidad Autonoma de Madrid (member of FEMISE).

Despite the importance of structural transformation in the process of economic development, there is no consensus about the appropriate role of the state in industrialization. The range of views goes from advocating neutrality of incentives fearing government failure to import substitution and middle ground solutions such as market-oriented mechanisms coupled with various forms of selective interventions to compensate for incidents of market and coordination failures. Historical examples make it clear that the answer must include effective government policies to catalyse private sector growth. However, aside from the successful experience of countries in East Asia, industrial policy has not worked very well in most African countries and until recently most of Latin America. More recently, novel explanations has shown that the active involvement of the state in picking winners is often shaped by the prevailing political economy and interest group captures. How much structural transformation has taken place in South-Med countries over the past few decades? What has been the role of industrial policy or lack thereof in the transformation process? What was the role of political economy factors in shaping industrial policies and outcomes? In an attempt to answer these questions, FEMISE organized this policy seminar to examine the experiences of Euromed countries. The seminar is a follow-up activity on a research project conducted by ERF, commissioned by FEMISE and funded by the European Investment Bank (EIB), focusing on Egypt, Morocco, Tunisia and Turkey. The agenda and photos from the sessions can be found below. Powerpoints of all presentations will follow shortly and soon be made available for download.

PANEL DISCUSSION: LOOKING AHEAD: TOWARDS AN EFFECTIVE ROLE OF THE STATE 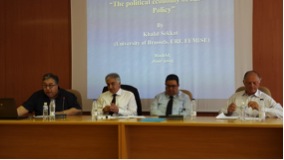 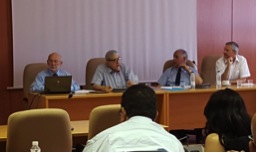