Theme : The Political Economy of State Business Relations and Growth in the MENA region

Thirty specialists from the Middle East and North Africa gathered in Paris for a conference organized by the Femise, the Economic Research Forum (ERF), in collaboration with Paris Dauphine University, ENS and Paris-Sciences-and-Letters on “The Political Economy of State Business Relations and of Growth in the MENA region.

What economic situation in the region? What links between powers and growth? Reportage in the heart of the debates. 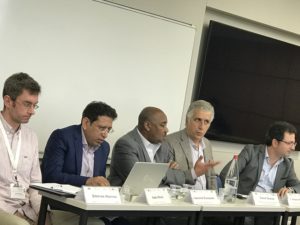 It is in front of a filled-out hall, in the emblematic Paris Dauphine University, that an international conference on the theme of growth and the political economy in the countries of the Middle East was held on June 21st for two days of intense and constructive debates, animated by participants from all over the world.

The aim of the event, organized jointly by the Femise, Economic Research Forum (ERF, Cairo), Paris Dauphine University, ENS and Paris-Sciences-et-Lettres, was to question the relations between power, the state and the financial markets.

For a video report prepared by EcomNews Med, click here“In the past, economists were more focused on different things that governments could improve on, such as competitiveness, access to credit or business,” said Ishac Diwan, a Middle East specialist. “But we noticed that nothing has changed. So we try to understand what are the deep reasons that prevented change” continues the Associate Professor at Paris Sciences et Lettres and Columbia University. 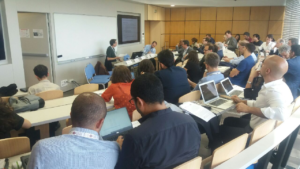 These reflections made it possible to highlight possible solutions that could bring down the unemployment rate and increase growth in the Mediterranean region. In particular, they revealed the impact that the practice of “cronyism” can have on growth, that is, the fact of reserving, in business or in politics, important positions or benefits to members of one’s family and friends.

These privileges, the professional evolution of the elites of a country and their relationship to power, or the role of the financial markets are among the topics discussed during these two days of debates at Paris Dauphine University.

“The researchers exchange on growth, cronysm issues in the region and capitalism … They presented different research work on Egypt, Jordan and Tunisia,” said Maryse Louis, General Manager of FEMISE and co-organizer of the event. At the end of the five sessions scheduled for the two days, the same observation seems to apply to the countries of the zone: “We would need political reforms, in particular to improve the development of the private sector”, considers Ishac Diwan.

“In the Middle East and North Africa, growth is still weak and unemployment is high”, according to researcher Ghada Tayem,  Researcher from the Univeristy of Jordan. “We also have a lot of refugees coming from Iraq and Syria to Jordan and after their arrival, the politicians did not make the right choices to improve the labor supply.” 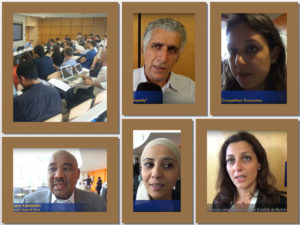 Growth could also be slowed by the privileges granted to some companies by the government. “Results obtained after the presentation at this congress of 17 works which, I hope, will be able to change things” added Ghada Tayem.

“This conference brings together the participation of researchers from all over the world, and a lot of discussions, exchanges and ideas,” concludes Nesma Ali, PhD student in Düsseldorf at the Institute for Economic Competition.