Economic Management Under Fire: How did the South Med Policy-Makers Respond to the Demands for Change?[1]

The report is published on: 23 November 2017 with funding from the European Union.

FEMISE is organising a special event to launch the report in Brussels on the 23rd of November. Agenda of the event is available here. 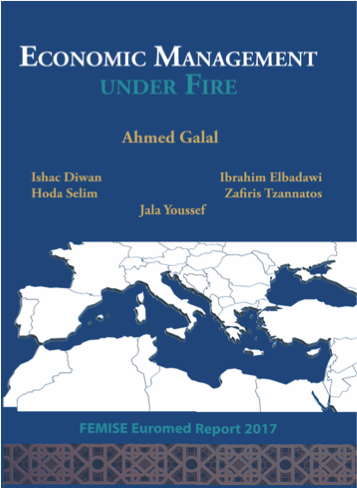 “Seven years on, the development model does not seem to have changed much. To embark on a new course, the new strategy should aim at achieving the dual overarching objectives of consolidating the post-transition democratic pol­ity, on the one hand, while mak­ing the transition towards a dy­namic and equitable economy, on the other”, rerecommended the authors – who also provide targeted policy recommendations on how to achieve this objective in the report.

The Euromed Report will be published on the FEMISE (www.femise.org) and the ERF (www.erf.org.eg) websites on the 23 November 2017.