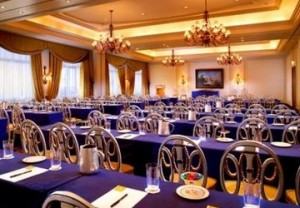 FEMISE is pleased to announce that its annual conference will take place this year in Athens, Greece, on the 13th and 14th of February, 2016.

The FEMISE conference is organised every year around a theme that is considered of importance to the EU-Med region and where we provide a platform for the different actors from the North and the South of the Mediterranean to debate and exchange views on this theme and conclude with joint recommendations.

This year’s theme will be on: “Two Decades after Barcelona: Rethinking the EU-Med Partnership”. This topic is particularly crucial as the EU-Med region celebrates its 20 years since Barcelona and is currently facing many economic, social and political challenges. Below you will find (in english) the concept note about the conference, explaining the idea behind the theme and the structure of the conference.

If your institute is not a member of FEMISE network and you are interested to attend the event, you may contact our partner Viviane Bernadac at bernadac@promosciences.com