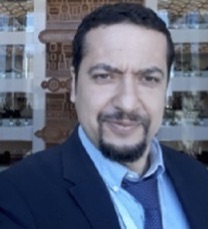 Summary : Algeria has made remarkable progress in increasing the enrollment rate of preschool in recent years. As recently as 2005, the gross enrollment rate in preschool was only 6 percent. Starting in 2008 with the reforms of the National Education System, where Algeria implemented a universal preschool program for children aged 3 to 4, enrollments rapidly increased (70%-2016).

We use this policy change to estimate the impact of the preschool program on child development. We analyze the effect on children’s development by measuring, on the one hand, the effect on the cognitive development of the child and, on the other hand, on the quality of parent-child interactions. Our identiﬁcation strategy exploits geographical differences in terms of exposure to the program controlling the period where the program is implemented across Algerian municipalities as an instrument for individual early childcare attendance. We estimate Two-Stage least squares (2SLS) regression analysis and exploit a difference-in-differences strategy. We use two Multiple Indicator Cluster Surveys (MICS) conducted in 2006 and 2012 by UNICEF. The results show a positive effect of preschool on the cognitive development of children. In contrast, the effect is significantly negative on the interaction between mother and children, which means that there is a substitution effect; mothers use this time to do something else instead of interacting with the child doing some activities. A more in-depth analysis could be done to explore whether parents, especially mothers, use this time to look for a job.