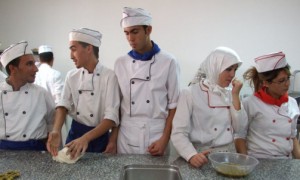 Invest in innovation, overhaul the Tunisian education system and vocational training, improve the banking system and build new infrastructure… According to the economists of the Institut de la Méditerranée (Marseille and Tunis) and the FEMISE, boosting the Tunisian economy requires activating a number levers.

Jump-starting the currently stalled economy and resolving Tunisia’s two biggest problems of unemployment and regional inequalities requires a boost in investment, according to Tunisian and French economists in an Institut de la Méditerranée study report published in the spring of 2015. The study was led by Profs. Chedly Ayari and Jean-Louis Reiffers and coordinated by Prof. Sami Mouley.

The report, entitled “Elements for a Strategic Economic and Social Development in Tunisia in the Medium-Term”, sets out a programme of economic and social reforms and recommends intervening to remove macroeconomic and institutional constraints in order to improve overall productivity. (To learn more about the report and to download, click here. The report is only available in French)

To return to a 4% growth trend, the country needs to increase added value in the goods and services and industry sectors. While boosting economic growth is a step towards creating jobs, the education system will also need to be revamped, with bridges put in place to the world of business through apprenticeships and block-release training.

The report recommends a new social contract to benefit young people. The young graduates at the forefront of the revolution still consider themselves “excluded from the economic, social and political organization of their country.” The situation remains explosive therefore.

The second major task will concern women since, although the new Tunisian constitution guarantees their basic rights, they remain under-represented both in the political and economic spheres.

The economists also recommend developing cross-sector activities, in particular involving “creative services and industries or research, brands, culture-related industries, ICT companies playing a major role (…) (including in the established textile and clothing industries and in the rural economy).” 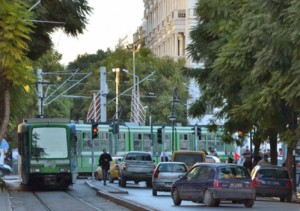 The report’s authors encourage the authorities to invest in infrastructure, which is a major provider of jobs. “If 1% of GDP was set aside for infrastructure in the new growth policy, it could generate up to 18,000 new jobs in the short term” the economists point out. This would bring with it two benefits: greater long-term growth and the creation of sustainable employment.

To learn more about the report and to download, click here. The report is only available in French