More than 50 researchers from more than 15 countries were brought together in Paris, at Sorbonne-Panthéon University to present their most recent research work on the challenges facing economic development in the Middle East and North Africa, invited by the IEDES at Paris 1, Oxford university, Sciences Po Lille and Heriot Watt University, in collaboration with FEMISE and other renowned institutions.

On Monday 5 November, in Paris 1 Pantheon-Sorbonne University, there weren’t enough chairs for everyone ! It speaks volumes about the degree of attendance to this important even. 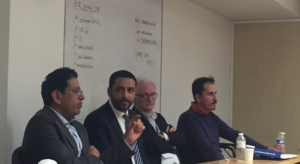 This was the third edition of the conference on “Research initiative on the Economics of the Middle East“, organized this year by UMR « Development and Society », Institute of Economic and Social Development Studies (IEDES), Paris 1 Pantheon-Sorbonne University, Chaire Maghreb and the Euro-Mediterranean Forum of Institutes of Economic Sciences (Femise) in collaboration with Oxford University, Heriot Watt University and Sciences Po Lille.

« We have more than twenty papers and a large number of young researchers who are participating, discussing, debating… » indicated Maryse Louis, General Manager of Femise. A statement confirmed by Mohamed Ali Marouani, Associate Professor in Economics at Université Paris 1 Pantheon-Sorbonne, adding ”it also provides the opportunity to exchange views and collaborate” a lead member in the organising and scientific committees of the conference.

The flows of Syrian refugees to Turkey had an important positive impact on the intense of production of the informal sector, particularly among small firms and those working in the construction and hospitality sectors » argued Onur Altindag, from Bentley University during his presentation on “ Blessing or Burden? The Impact of refugees in Businesses and the informal economy” .

This conference was a time of debate and collaboration. Through their comments, the researchers contributed to improve the papers of their colleagues by providing feedback and discussions.

From Morocco to Lebanon, the conference brought out several challenges in the Middle East and North Africa.

While bribery was found to have a negative impact on firm exports and a reduction in market competition, as presented by Amanda Zarka from the American University in Washington DC (paper on “Bribe Payments and firm exports”), cronyism have lead to the creation of larger informal sector and the decrease in the productivity growth of formal firms, as stated by Nesma Ali, researcher at University Dussërdol, when studying the case of Egypt. 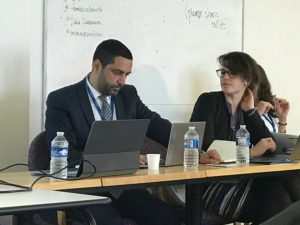 Mohamed Ali Marouani and Michelle Marshalian concluded that the Industrial Upgrading Program in Tunisia have affected firms in different ways: while medium size firms saw both income from exports and wages increase (but not their sales), larger protected firms saw increase in sales and low pay employment (but not wages).

Jala Emad Youssef, consultant at the World Bank in Cairo and Chahir Zaki, associate Professor of Economics in Cairo University, decided to work on assessing the competition policy in Arab Countries using firms’ level data. « In other words : To what extent that there is a difference between the rules and their implementation » explained Chahir Zaki. Also on Egypt, Rana Hendy, the Doha Institute for Graduate studies, found that while cash transfers can reduce poverty, they have a negative impact on inequality. An important finding of her research paper. 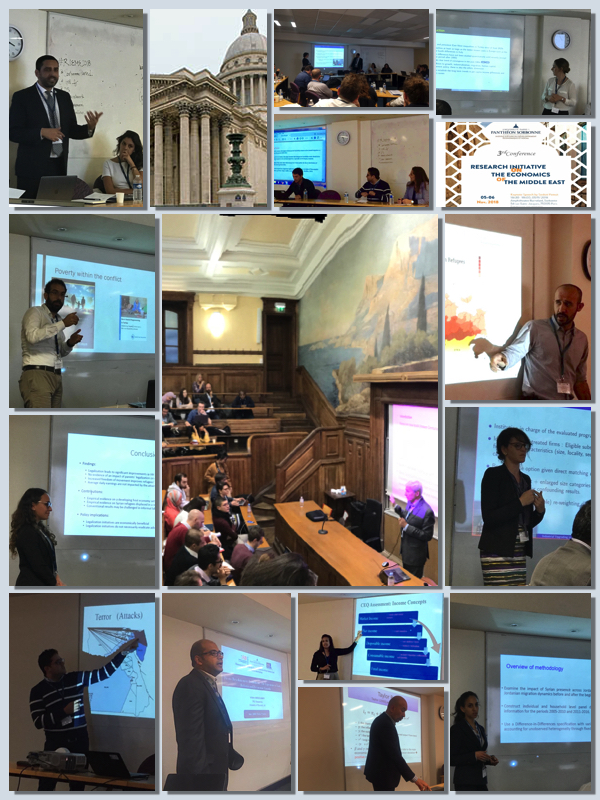 Migration, and particularly the impact of refugees, was also a key thematic in this conference. Many researchers addressed this topic from different angles.

While Mina Sami, assistant Professor of Economics at the American University in Cairo worked on « unexpected instability events and internal migration in Egypt », Nelly El Mallakh, post-doctoral researcher at Paris School of Economics, presented a paper on : « Syrian Refugees and Migration Dynamics of Jordanians : Moving In or Moving out ? » and Valeria Caccavo (Bocconi University) addressed the “Effects of legalization on the labour markets outcome of refugees: evidence from Syrian refugees in Lebanon”.

In addition, the organizers were pleased to present the Keynote speaker Prof.  Sevket Pamuk, a great scholar specialized in the economic history of the Middle East, to conclude the inaugural conference on “Uneven Centuries: observations on Economic Development in Turkey”. Based on his new book with the same title, Prof. Pamuk looked into the root causes of the slow progress of Turkey following the Ottoman empire, he argues that ..’persistence of informal institutions, political instabilities and cleavages among elites and social groups” have made an impact across the centuries.

To access the conference agenda and some of the papers presented please click on the link below:  Agenda and papers

By Johanne Eva Desvages in collaboration with FEMISE.

The financial contribution of FEMISE towards the event is made in the context of the FEMISE –EU project on “ Support to Economic Research, studies and dialogues of the Euro-Mediterranean Partnership » . Any Views expressed in this event are the sole responsability of the speakers.