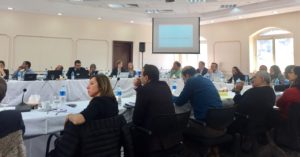 FEMISE and ERF  organised  a workshop on the “Impact of the Syrian Refugees Influx on Neighbouring Countries” in Cairo, Egypt on the 17th of December 2017.

Please find the agenda of the workshop here. 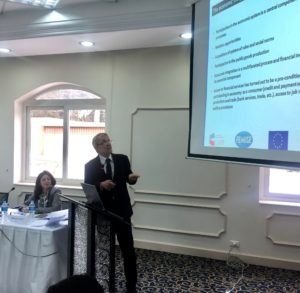 This workshop comes at an important and critical time for the EU-Med region where the refugees’ crisis remains a serious challenge and represents a great concern. Despite a remarkable decrease in the flows of refugees on their neighbouring countries, the accumulated flows, which accounts for more than 3 millions, have created substantial challenges for the hosting countries.

Both ERF and FEMISE have worked with their researchers to better understand the challenges that the neighbouring countries face in order to be able to provide policy recommendations on how to address this challenge.

From the one hand, these refugees could represent an unexploited human capital that could benefit the hosting country in terms of developing its economic growth, but on the other hand, they are a huge pressure on these economies’ resources and social sectors.

Whether the host is an EU country or a South Med country, this trade-off is valid, however, there is a great difference in the conditions and environment where these countries operate and hence recommendations and implications would be substantially different.

The first part of the workshop included presenations by ERF experts and where they  addressed the social impact of these refugees on the Jordanian economy: in terms of education, labour market, migration dynamics and the housing and family formation.

The second part of the workshop included the the FEMISE experts and where they addressed the issue from both the economic and social dimension and  looked at the impact of the refugees on the Turkish and on the Jordanian economy. Also the impact of the refugees on the European Economies was  addressed. The FEMISE projects are among those recently selected during the third internal competition and will still be in the initial phase.