Often considered in the short term as a factor of aggravation of unemployment, Syrian refugees in Turkey can contribute to accelerate the pace of economic growth of the country. According to the latest Femise report of September FEM43-05, “The long-term impact of Syrian refugees on the Turkish economy”, is positive and will double the GDP increasing from 1.9% to 4% of GDP between 2017 and 2028.

Syrian refugees become important economic actors in Turkey: As suppliers of labor in industry, mostly in the informal economy, they invest, save and reveal a strong entrepreneurial capacity. From 2014 to 2016, the number of companies founded by Syrians in Turkey jumped 168%. At the end of 2017, Turkey had 4,793 Syrian companies – for a share capital of 39.1 M € (247 million Lire). 1,764 companies are directly owned by Syrians. In addition, Turkish companies see their social security contributions reduced by 20% by recruiting Syrians within the limit of 10% of the workforce.

Since the conflict erupted in Syria in March 2011, millions of Syrians have been forced into exodus to the Mediterranean riparian countries: Turkey, Jordan, Lebanon, Egypt and Italy. In 2018, 5.5 million Syrians (62% of total refugees) reside in Turkey, according to the latest figures from the Office of the High Commissioner for Refugees. For the most part, Turkey was only a transit country to Europe. It has become a country of destination. The Syrians arrived massively in ten cities located in the border areas of Gaziantep, Adana before gradually gaining big cities like Mersin, Ankara, Istanbul, Izmir … Several studies have found short-term impact of this influx population: rise in the unemployment rate, increase in the price of rents and food products. On the other hand, they have observed that consumer prices are falling as a result of lower prices or services produced by refugees, putting pressure on production costs. 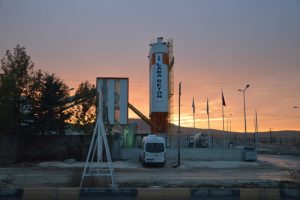 According to the Femise report, coordinated by Professor Ramon Mahia (AGREEM – University of Madrid) and with the contribution of Prof. Ahmet Ali Koc at the Economic Research Center on Mediterranean Countries (CERM) at Akdeniz University in Turkey. The economic impact of Syrian integration in Turkey will accelerate over the next five years.
According to the report on “The long-term impact of Syrian refugees on the Turkish economy”, (available here  ) a new growth trend is expected between 2023 and 2028 with the arrival of young Syrians (+ 15%) on the labor market.

The Femise report assesses the impact from the point of view of the added value of refugees in the Turkish economy. It is valued at € 4.3bn (LTL 27.2bn) at the end of 2017, or 1.96% of Turkey’s total GDP. A share that according to the projections of the report will increase to 4% in 2028 with one million Syrian workers in the country. In addition, the employment of Syrian-induced economic integration of Syrian refugees was estimated at 132,454 in 2017.

For the report’s authors, the production effect of refugees is greater than their induced demand effect for 2017, 2023 and 2028 respectively. This means that the productive capacity of Syrian refugees as entrepreneurial skills and labor supply seems to be more effective than their consumption effects on the overall output of the economy.

In the early days, with the language barrier and lack of correct certificates and papers, the Syrians had no choice but to work at low prices for the textile industry, the manufacturers of mechanical parts in the remote factories of Gaziantep, in poor hygiene and safety conditions.

Breathing the dust, the toxic odors, they work for long hours for an average monthly salary of 238 dollars. While progressive integration has occurred with access to the labor market, health and education services, access to citizenship and residence permits in the aftermath of the agreement between the European Union and Turkey were a decisive step.
“Improving employment opportunities, increasing skills, developing their entrepreneurial capabilities and granting work permits in targeted sectors will further increase refugees’ contribution to economic growth,” says Femise.