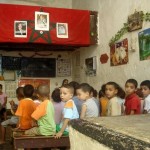 Does the social development of the population influence economic performance? A study by Femise, funded by the European Union, sheds light upon the relationship between individual freedoms, degree of openness and foreign direct investments in countries in the MENA region (Middle East and North Africa).

The openness of a country towards the outside world and how attractive it is to foreign investors are factors of economic growth. In the MENA countries, trade and foreign direct investment (FDI) go hand in hand: these countries should thus continue their reforms to open themselves up even further towards the outside world, note the researchers from the University of Warsaw and the Hebrew University of Jerusalem in a study conducted under the auspices of Femise (FEM33-11 ).

On the other hand, they note “great effort should be given to maintaining this broad openness to trade and individual liberties. A higher level of individual liberties coupled with a rigorous application of contracts and high legal standards would promote FDI”.  Inversely, social instability and political disarray discourages FDI.

What about human factors? The researchers calculated a series of criteria likely to have an impact on FDI, such as life expectancy, gender equality and level of education. They claim that a long and healthy life and high educational levels are key factors for stimulating FDI. “This leads us to believe that investment in health and education would contribute to increasing human capital and, consequently, the level of exports from Mediterranean countries would also increase”, underlines the study.

The role of education appears to be more pronounced when it is coupled with a positive growth in income, while equitable distribution of income stimulates exports and imports. Conversely, the researchers concluded that decent living conditions do not constitute an important criterion for investors.

Moreover the study notes that the impact of the level of human development in terms of attracting foreign investment can be measured over several years. “Our analysis shows that the Human Development Index influences the foreign investors’ decisions in the long term, and not in any specific year” conclude the experts.

Using the index of gender discrimination, they also arrived at the conclusion that the level of exports of Mediterranean countries was even higher when there was gender equality in economic participation and in decision making. Knowing that the proportion of imports and exports in the Gross Domestic Product plays a driving role in attracting foreign investors, the countries in the MENA zone will have to make greater effort to stabilise their macroeconomic environment while promoting gender equality if they wish to see long-term improvements in their economic growth.

* This article of Marie Pierre Vega belongs to a series of articles that will top online casino be published in the context of the partnership between Econostrum and Femise for the year 2010. These articles will also feed the “Mediterranean Reflection” part of the Econostrum Website. You can find this topic and all information at the following address:www.econostrum.info. Registration for the Econostrum newsletter is available here: http://www.econostrum.info/subscription/