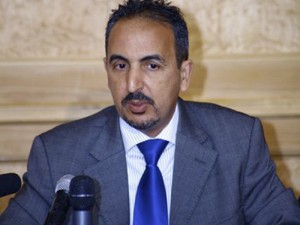 To give citizens what they really want requires the distribution of power at a local level… There is no doubt any longer concerning the positive effects of decentralization on economic performance, provided a country has appropriate supervisory bodies in place. Femise’s researchers have analysed the situation in Tunisia, Morocco and Egypt.

What role is played by local elected officials? Do they have real power and a degree of financial independence? Tunisia, Morocco and Egypt are all known for their highly centralized regimes.

Due to a lack of financial resources, local authorities are often powerless to take significant action. They have no real influence. An initial wave of decentralization began in the 1960s under the French colonial influence, but there is still considerable room for progress. We are a very long way from the Italian model, or the German federal model, with its divisions into Landers. Following the “Arab spring”, the expectations of the populations in these countries are huge. “Citizens want to have their say at both the central and local level. Decentralization involves sharing resources and power between the government and local authorities. This proximity with decision makers enables elected officials to be held accountable and for the local council’s work to be assessed. To play a role, civil society has to be organized,” emphasizes Lahcen Achy.  Professor of Economics at INSEA in Morocco and who has coordinated a FEM35-19 Femise study entitled “Decentralization and economic performance in the Southern Mediterranean”.

THE NEED TO CREATE SUPERVISORY BODIES

In Tunisia, the president appoints governors, but the mayor, who presides over the municipal council, is elected. In Morocco, the king appoints his walis and governors, who have many powers… and yet of the three countries it is the most advanced in terms of decentralization. In Egypt, it is customary to appoint retired military officers to the posts of prefects (Muhafez) as a reward… The appointment of a prefect with close links to the Muslim Brotherhood recently stirred revolt in the opposition against Morsi’s party’s attempts to infiltrate the Egyptian state system at the regional level.

As a rule, totalitarian regimes do not share territorial powers.  Conversely, a democratic regime is able to delegate and empower. The report (FEM35-19) clearly demonstrates the benefits generated by decentralization, particularly in terms of the redistribution of resources.

More decentralisation would enhance economic performance, provided that effective supervisory bodies capable of improving economic performance and ensuring rigorous control of local authorities’ revenues and expenditures are in place. “There must be safeguards and powerful national institutions“, adds Lahcen Achy. For corruption can also exist at a regional level.