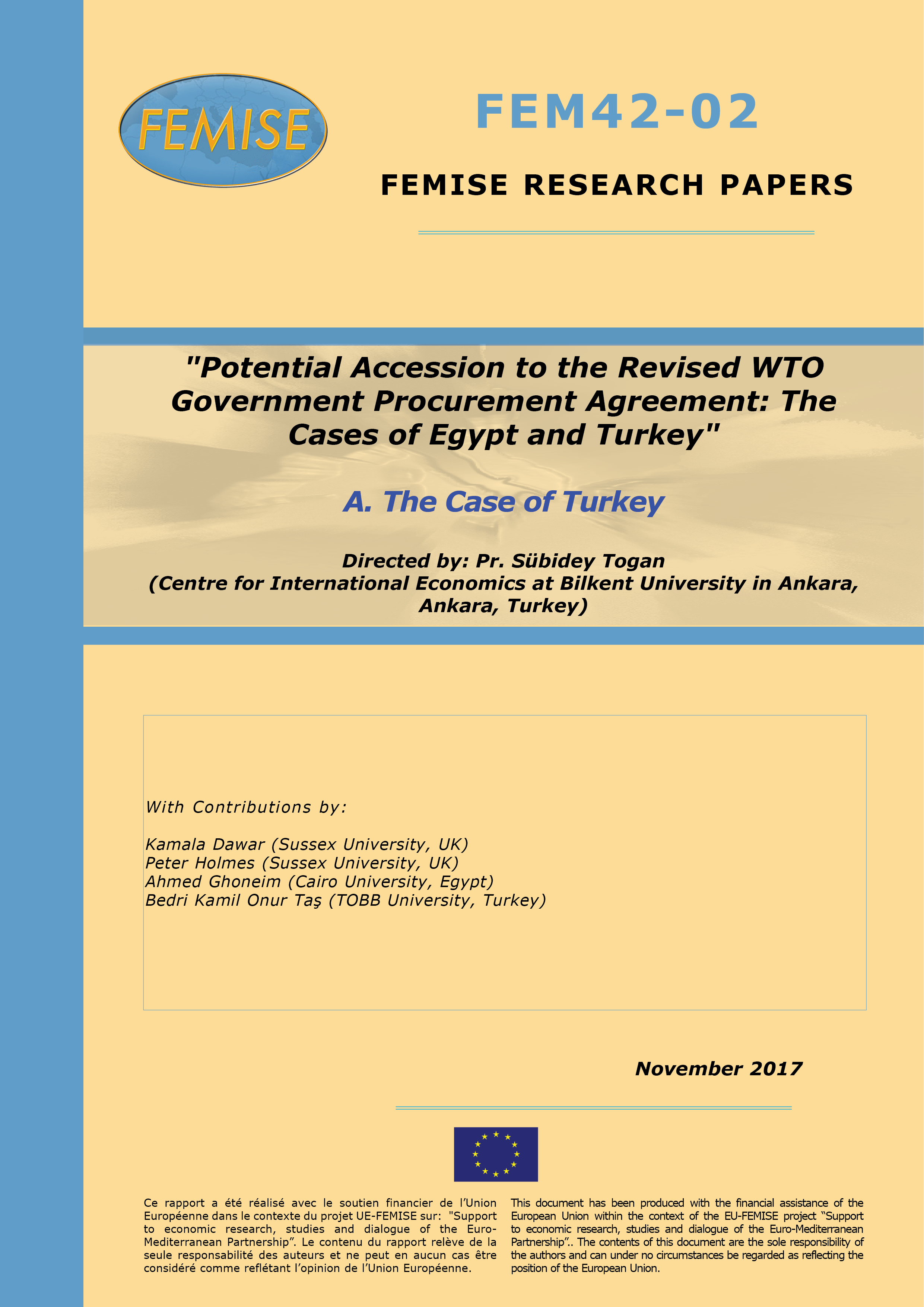 Government procurement concerns how public authorities spend taxpayers’ money on goods, services and infrastructure. In each country public procurement is typically governed at the national level by setting rules that try to balance a number of goals. Of these goals, transparency, non-discrimination, integrity and competition are probably the most important.

The aim of transparency is to ensure that the rules are followed and that non-compliance can be identified and addressed.

The Research Project considers the benefits and costs of accessing the WTO Government Procurement Agreement (WTO GPA) for Turkey and Egypt. While Paper 1 considers the case of Turkey, Paper 2 analyzes the case of Egypt. Finally, Paper 3 provides a Synthesis Report.

The project shows that:

Thus, the WTO GPA commitments will secure better value for the money spent by governments in their procurement processes as a consequence of applying the WTO GPA principles of transparency, non-discrimination, integrity, and competition.

Given that the WTO GPA’s provisions will certainly benefit Egypt and Turkey, it is surprising that to date neither of the two countries have become signatories of the WTO GPA.

Tags : EgyptfemiseGhoneimGovernment ProcurementMarseillepublic procurementSubidey ToganTurkeywto accession
Category : All studies and research by year, Publications, Studies and research, Transition, economic reform and the role of the state

h J R
Femise @femisenetwork #WorldHealthDay #COVID19 threatens our health, societies & economies. But it is an opportunity to rethink our prior… https://t.co/6ekkGFtq1d