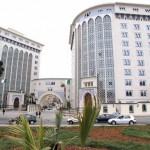 International investors tend to favour countries where local investment is already high, a Femise study demonstrates. However, in the countries south of the Mediterranean, internal investment remains low. The explanation can be found in terms of institutional quality.

In the countries in the south of the Mediterranean, foreign direct investment (FDI) remains low. To explain this, researchers from the University of Paris-XII, the Centre d’Economie de Paris-Nord (CEPN), the Conservatoire National des Arts et Métiers (CNAM), the Centre de Recherche en Économie Appliquée au Développement (CREAD) in Algiers and the El Manar Faculty for Economic and Management Sciences in Tunis focussed on the link between FDI and private internal investment, in a study carried out under the auspices of Femise (FEM31-20, click here to download).

International investors tend to favour countries where local investment is already high, state the researchers. Based on an econometric model of 68 developing and emerging countries, they noted that the interior investment dynamic had “a significant domino effect particularly on FDI”, alongside the country risk and the existing stock of FDI. Foreign investors in fact look for the same environment as local investors, “one which offers prospects for growth and sufficient profit”.

Hence the idea of encouraging policies to stimulate internal investment, which remains relatively low in countries south of the Mediterranean. The researchers explain this situation through the influence of institutional factors. According to them, higher institutional quality leads to greater domestic investment, growth and economic stability.

The study cited the example of Algeria which, despite its income from oil, growth remains penalised by the delays in achieving institutional reform and its “business climate”. Conversely, in Tunisia, a country characterised by “political and social stability, economic performance and improvement in the business environment”, FDI represents 10% of productive investment, generating a third of exports and creating 15% of jobs.

“To summarise, a more consensual country, with better public governance, low corruption, and which is more internationally open and with developed financial institutions will be, when all else remains equal, a country with higher national investment”, concludes the study.

It remains to be seen which institutions should be developed to encourage even further, domestic investment in emerging and developing countries. The study leaves this question open.