Femise > Articles > FEMISE is betting on the social and solidarity economy 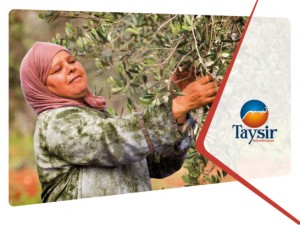 Considered “an alternative route” to the traditional market economy, the aim of the social and solidarity economy (SSE)[1] is to promote employability and inclusiveness. The latest report from the Euro-Mediterranean Forum of Economic Institutes (FEMISE) suggests the introduction of a regulatory framework and tax incentives for this promising sector of which the potential has not yet been sufficiently exploited.

Injecting morality and values into an economy which is starting to show its limitations, the SSE could generate up to 4% of total employment in Southern Mediterranean countries. The sector is mainly structured around associations (e.g. microcredit associations in Morocco), cooperatives (e.g. fishing cooperatives in Egypt) and mutual enterprises. This “socio-economic innovation tool” could allow the financing of projects with a strong social impact in the housing, artisanal, education and agricultural sectors, among others.Prepared as part of its collaborative project with the EIB, the FEMISE report, entitled “Social and Solidarity Economy: A Driver for Inclusiveness and Job Creation in the Mediterranean Partner Countries ?”, analyses the current situation in this sector in three specific countries (Egypt, Morocco and Tunisia) and explores new avenues toward its development.

Promoting the SSE does however constitute a long process involving, according to FEMISE, the intervention of both the government bodies – that could build a legal and fiscal framework – and the private sector to support and finance social impact and development projects.

An ethical bank in each country and social impact investments 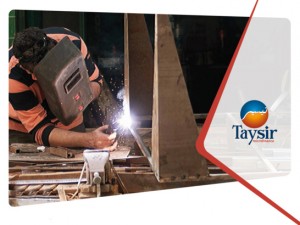 “We propose the creation of an ethical bank in each country to serve as a catalyst for change (…), the development of financial tools and support for the SSE”, states the report, citing the example of Banca Etica in Italy, which serves as an interface between traditional banks and SSE structures. A set of specific financing instruments (shares, contribution agreements, start-up funding) could be put at their disposal.

To construct a coherent, coordinated and efficient social economy ecosystem, FEMISE suggests generalising the “impact investing” which would give room to “the coexistence of both economic value creation and social value creation”. This can be achieved by developing a system that allows those investments with a social impact to correspond to the needs of social enterprises. This system could extend the scope of “traditional financial instruments” and provide financing in areas that have long been neglected. It could become a real response to the lack of funding for social enterprises and a comprehensive solution for accelerating the development of social finance.

The report on: “Social and Solidarity Economy: a Driver for inclusiveness and job creation in the Mediterranean partner countries?”  is avaible for downlaoding (French only- click here)

FEMISE will launch the report on the 8th of November in Marseille during the Economic Week of the Mediterranean (to learn more about the conference and the agenda, Click here).

Second photo: ” ESS could generate up to 4% of jobs in the South of the Mediterranean. (Photo Taysir)’ by Econostrum

Femise @femisenetwork #throwbackthursday Focusing on Turkey, Italy and Tunisia, a FEMISE Brief answers the question “How does spatial pro… https://t.co/BKFqjk1NZJ