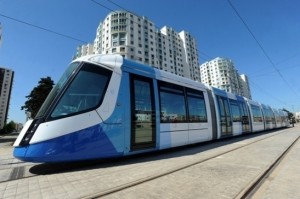 Europe would benefit from liberalising services with partner countries in the Mediterranean basin.

Economists, members of FEMISE  have, in fact, just established a close, almost automatic link between the liberalisation of trade in services and economic growth.

Foreign Direct Investment (FDI) in Mediterranean countries, who are non-EU members, could make a leap estimated  between 110% and 260% if trade in services were to increase by 100% following increased flexibility given to the exchanges of services with Europe.

The freedom to establish financial, transport and communication services would enable them to become the engine of the economy and employment, and would give impetus to the Euro-Mediterranean Association, which has not produced the expected results so far.

This is the view held by the authors of the last FEMISE (FEM34-19) report. Entitled “Foreign Direct Investment (FDI)) and liberalisation of the trade in services: an assessment of the influence of the Euro-Mediterranean partnership”, the report notes the direct correlation and makes five major recommendations.

The authors suggest a short-term expansion of the World Trade Organisation network and hence they invite WTO negotiators to quickly enter into discussions with Algeria, Syria, Lebanon, Libya and Palestine.

“Establishing a free trade zone oriented towards services between Europe and Mediterranean countries who are non-EU members, in compliance with the Euro-Mediterranean partnership and the Istanbul Protocol, should allow Europe to significantly increase its exports and investments”, says the report. FEMISE also points out that appropriate regulation and legislation would guard against any adverse effects of liberalisation.

Mediterranean countries could, in turn, benefit from increased services exports to Europe as in order to export, it is, in fact, necessary to conform to European standards.

In the South, establishing a free trade zone would, in turn, stimulate horizontal relations.

To secure investments, FEMISE advocates setting up “negotiations on an investment agreement governing the property rights of foreign investors whatever the regime or political preference.”

Liberalising cross border services without the physical presence of the supplier or consumer is possible because of new communication methods (internet, telephones/mobiles). Successfully liberalising services is a balance between respect of competition rules and the aspirations of consumers looking to get the best service at a lower price.

Legislating in this sense is a safeguard against potential mergers or the introduction of non-tariff barriers.

Photo: The second part of the Algiers’ Tramway is in service (Picture Alstom)