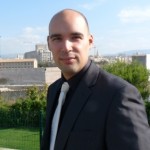 The traditional annual report for FEMISE has special resonance this year. Published ten months after the first revolts of the Arab Spring, this report looks at the factors that led to revolution in the Mediterranean countries, and analyses the economic impact of this year of transition towards democracy.

Ben Ali on the run, Hosni Mubarak ill … The once great leaders of the Maghreb have fallen, collapsing under the weight of the people’s revolution. The soaring cost of raw materials (wheat, sugar, oil), a result of the action of a handful of speculators in Chicago, has caused the Tunisian, Egyptian and other neighboring people to go hungry. Unemployment and corruption got the better of these authoritarian governments.

In its annual report entitled “A new mediterranean Region: towards realising fundamental transition”, FEMISE reports on the very close relationship that Tunisian and Egyptian business leaders had with legislative power.  Some also sat in Parliament.  The Ben Ali clan used to control around 180 Tunisian companies!

Democratic transition in the Euro-Mediterranean Region is underway, and Tunisia is at the forefront. The second Tunisian Republic is up and running.  Just like countries in the East in the 1990s, these revolutions have an impact on the economy with industrial production stopped for several weeks and exports weakened, whereas since 2008, mediterranean countries have experienced growth rates of nearly 5%.

NEED TO BREAK WITH PAST PRACTICES

The first few weeks of riots in Tunisia cost the country 1.6 billion euro, nearly 4% of GDP.  The case was similar for Egypt, with losses in industrial production and a halt in tourism.  Morocco benefitted from an increase in the number of tourists, resulting in an 8.5% rise in its income from tourism, despite the Arab Spring and the bombing of Marrakesh.

Foreign direct investment (FDI), which had increased in recent years, is feeling the pinch with capital flight since early January. “FDI fell by 21% in Tunisia in early 2011, and in Egypt the decline was about 68%!  During the economic crisis of 2008, we observed a slowdown in FDI and a recovery after a year.  Now, investors need to be convinced that these countries have broken with past practices.  In the short term, these countries will experience a period of instability.  Empirical experience shows that opening up to democracy provides stability in the long term.  We must rebuild confidence in these countries”, said Constantin Tsakas, FEMISE economist and contributor of the report.

The issue of youth unemployment and the inadequacy of training to meet the needs of industry also need to be urgently resolved. The halting of production has forced employers to dismiss a significant impact on the number of unemployed is expected to rise by 6.5% across the region. Thus, the regional unemployment rate is expected to be around 10.3% and 12.2% in Egypt and 16% in Tunisia.

Algeria is a special case because of its oil revenues, while Jordan and Morocco were able to quickly ‘refocus’ their regime, taking into account the street protests. The efforts of this two countries as well as those undertaken in the past by Turkey, the most advanced country on the J-Curve, could serve as an example in the Mediterranean region.

In order to help these countries stabilise their economies and help them get through economic transition, western countries decided to give €40 billion to Tunisia and Egypt, during the Deauville Summit last September.  The IMF  added to this by contributing €40 billion to the Euro-Mediterranean Region.