Femise > Articles > Grandeur and decadence of authoritarian regimes in the Mediterranean 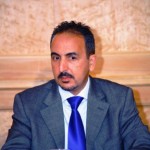 The heads that have rolled in the Mediterranean region signal the end of several decades of authoritarian regimes and a corruption that has infiltrated all levels of society. The challenge now is to establish new rules of play on solid foundations. We hope that the new dawn brings transparent governments and supervisory bodies.

But it is not easy to draw a line under 50 years of authoritarian rule, to shake off a culture based on fear, oppression, bribes, corruption and rejection of freedom of speech. Egypt, Tunisia and Libya are taking their first steps towards democracy, and they could soon be joined by Syria and Algeria.

“The people want to create a new identity for themselves. They do not feel their needs can be fulfilled by western systems, which they see as accomplices to the authoritarian regimes. There is still repression and abuse in certain countries. The new constitutions will provide a testing ground for democracy. People are looking at Turkey and seeing that Islam and democracy can go hand in hand,” says Lahcen Achy, professor of economics at INSEA (National Institute of Statistics and Applied Economics in Rabat). Mr Achy, contributor of the Femise annual report “A New Mediterranean: Towards Fundamental Transition“, says authoritarian regimes were based on a socialist model of strong state intervention: free public transport, free healthcare, access to universities and military professions, food subsidies, etc. All this in a climate where expropriation of major landowners and expatriates was commonplace.

The huge wave of privatisation at the end of the 1990s was a turning point. Socialist regimes discovered the tough reality of globalisation and international competition. Public-sector pay was squeezed and corruption became a national sport in Egypt, Morocco and Algeria because it softened the blow at the end of the month. Laxity reigned supreme in government bodies. Civil servants no longer understood the concept of productivity.

Corruption was organised on a large scale, such as within Sonatrach. Calls for tender for major infrastructure projects were rigged.

The inequality gap widened. “These regimes have several things in common based on authoritarianism in exchange for wealth distribution. Libya stands out. The country simply doesn’t have an administration because Gaddafi controlled everything. The number of security services has increased in Syria, and the country has no real government. Algeria is more complex. Its oil and gas reserves make it an independent and wealthy country, but the people don’t get any of the benefits. The social situation is worrying. The military is in power and getting rid of Abdelaziz Bouteflika won’t change anything,” explains Mr Achy, adding that the demonstrations at the start of the year were violently suppressed.

The Algerians remember the years of terror and the 100,000 victims of the Islamic Salvation Front, who came to power in the 1990s…after winning elections.