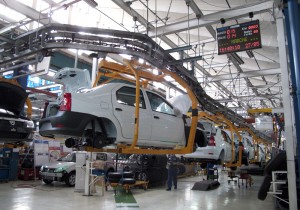 What effect does foreign direct investment (FDI) have on the viability of local businesses and employment? Following an analysis of the impact of FDI in Turkey and Italy, researchers from the Euro-Mediterranean Forum of Economic Institutes highlight the importance of the business sector, the period and the institutional framework for the companies that benefit.

The Arab Spring and the international financial crisis have curbed foreign direct investment in the Mediterranean and increased volatility. This curtailment motivates us more than ever to measure the actual impact on the dynamics of domestic firms, job creation, productivity and survival in order to subtly define the countries’ industrial policies and the support mechanisms for investment to be implemented.

FEMISE researchers have conducted a detailed analysis in Italy and Turkey. Its findings have put an end to certain commonly held ideas: “the consequences of increased FDI are quit complex and far from being entirely positive for domestic firms”, hints the FEMISE FEM34-12 report, coordinated by Anna Ferragina from the Centre of Labour Economics and Economic Policy, University of Salerno (CELPE) in partnership with the Faculty of Economics and Administrative Sciences, Middle East Technical University, (Metu), Ankara.

The importance of technological intensity and institutional reforms

In Turkey, foreign companies adopt more capital-intensive technologies but withdraw more frequently than local companies. By analysing two periods in the Turkish economy (1983-2001 and 2003-2009), researchers highlight the importance of the institutional framework. “The first decade, defined by some analysts as the ‘lost decade’, is characterised by extreme uncertainty and uneven cycles, while the Turkish economy achieved high, stable growth throughout the 2000s. During the more tranquil period of the 2000s, the advantages of foreign firms matter for their likelihood of survival.”

In the case of Italy, leaving the market appears more likely for foreign multinationals especially in less technology and knowledge-intensive sectors.

“The interaction between the presence of foreign firms and the survival of domestic firms is also largely affected by the technological environment that determines the absorptive capacity of domestic firms”, says the study.

“Survival of domestic firms is positively conditioned by the increased presence of foreign firms in the same industry. Being a customer of a foreign company has a positive influence on the productivity of domestic firms, so, Italian companies can benefit from the acquisition of products and services from multinationals in upstream sectors but only if they have a high absorptive capacity” says the FEMISE study.

For the researchers, “low-tech companies would not have the means to absorb the benefits of FDI spillovers”.