Femise > Articles > Tourism – engine for growth in the Mediterranean 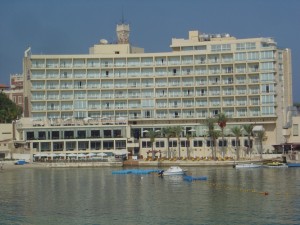 The wealth-generating tourism industry is an engine for economic growth in Mediterranean countries. A study by FEMISE, a Euro-Mediterranean network of economic research institutes, analyses three leading tourism destinations: Spain, Egypt and Turkey.

182 million tourists chose to visit the Mediterranean in 2011, making the region the top holiday destination worldwide with 18% of market share and close to 176 billion euros in revenue.

Tourism generates 10 to 15% of GDP and 11% of jobs in Mediterranean countries. It also encourages the employment of women and young people, groups which suffer most from unemployment. These figures are taken from the FEMISE report, FEM35-04, entitled: “Tourism industry as an engine for export-led growth and social development: Analysing its main characteristics and future prospects for Mediterranean countries”.

In the wake of the Arab Spring, and with the persistence of the global financial crisis, economists are highlighting the role of these competitive industries which are boosting numerous business sectors (construction, cultural services and sports among others).

“Tourism businesses bring in new income and maintain a country’s openness and cultural richness. They help reduce poverty and encourage the creation of infrastructure, thereby strengthening social cohesion and the stability of the receiving country”, report the economists. They analyse the habits of tourists visiting Turkey, Egypt and Spain. The latest country has benefited from a fall in the number of visitors to Tunisia as a result of inadequate security.

The tourism boom between 1990 and 2007 resulted in the creation of more than 800,000 jobs in Spain and close to 400,000 in Turkey. When the financial crisis hit, the impact on these two countries was not as great as in Egypt where, in Cairo, “a major impact” was felt.

The authors indicate the need to develop new added-value generating products such as medical and sports tourism, cultural heritage and rural tourism. Some of these products contribute to an increase in daily spend, in particular casinos, golf, gastronomy and sporting events.

What’s more, historical and social ties, as well as diplomatic relations between the home country of the visiting tourist and the destination country, play a crucial role. “The impact of visa restrictions appears to reduce the total number of visitors by 20 to 30%”, details the report, illustrating the interdependence of politics and tourism.