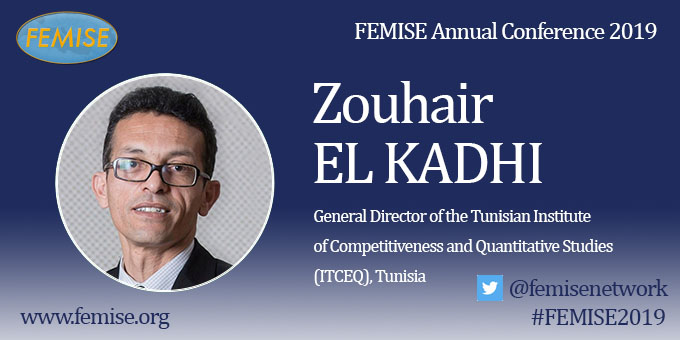 Zouhair El Kadhi was economic advisor to the Tunisian Ministry of Finance in charge of fiscal and macroeconomic studies.

Hi is ex-director of research and studies of the Tunisian Institute of Strategic Studies and after having been chief economist in the Department of Policy Analysis at the Tunisian institute of Competitiveness and Quantitative Studies.

Mr.ElKadhi holds a PhD, on economics from the University of Nice-Sophia Antipolis (2007), starting his career as a researcher in the Center for Studies in Macroeconomics and International Finance (CEMAFI-Nice) and has worked for five years as an economist at REXECODE – Economic Research Center in Paris.

He has led several economic studies and published in many forums on economics mainly macroeconomic policies for growth and development.