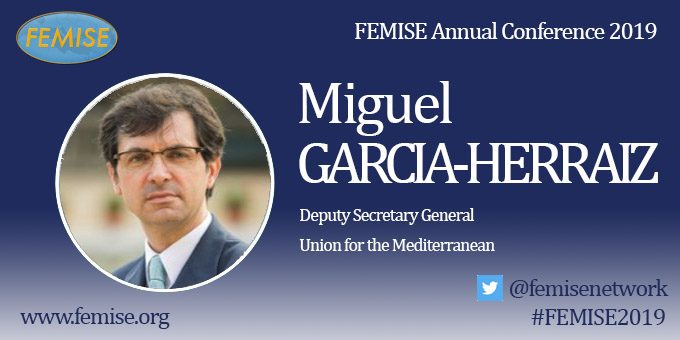 Miguel García-Herraiz is the Deputy Secretary General of the Union for the Mediterranean in charge of Water and Environment since July 2016. He is a Spanish career diplomat who has served the Spanish Ministry of Foreign Affairs for the past twenty years, holding positions as Deputy Director General for International Affairs of Terrorism and Disarmament, and, lately, as Counsellor in charge of the relations between the European Union and Southern Mediterranean countries in the Permanent Mission of Spain to the European Union.