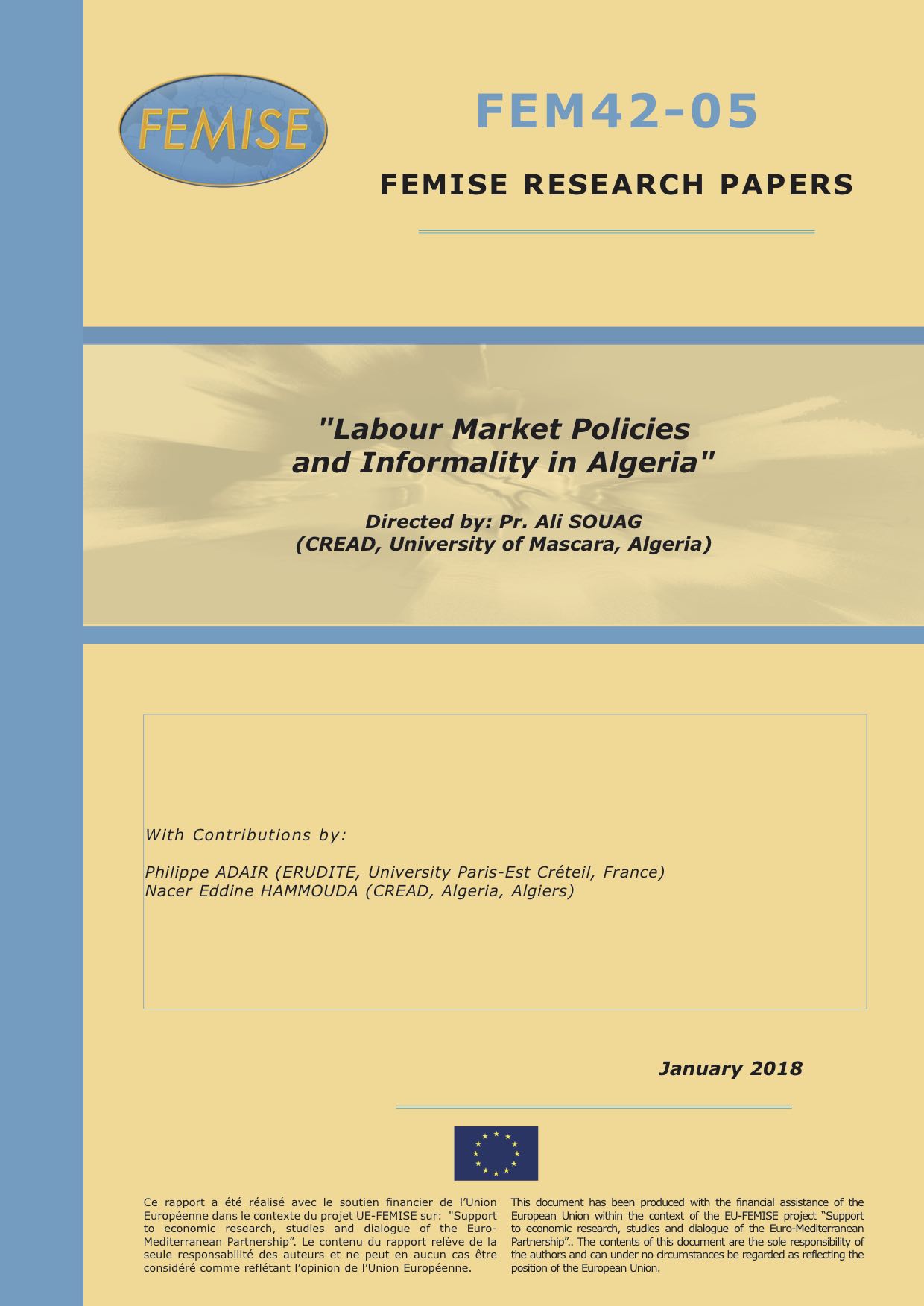 The report reviews the labour market policy mechanisms implemented by the Algerian government in 2008 and assesses their impact upon informality -informal employment and the informal sector, using data from household employment surveys conducted by the National Statistical Office (ONS) from 1997 to 2013. We examine the situation of three categories: employees, new employees and the self-employed focusing on the effect upon social security registration for employees, and on administrative and fiscal registration of the self-employed. We use the Difference in Difference (DID) methodology and we compare two periods: 1997-2007 and 2008-2013; applying the DID estimator as a falsification test in the first period only. According to results, the impact of labour market policy devices upon informality proves heterogeneous. It has a negative impact on informal employment for the employees who are working in businesses with at least 10 workers. No significant effect is documented for employees in businesses with staff from five to nine workers. For the new employees, the impact is not very significant. Labour market devices also contributed to enhance registration thus shrinking the informal sector, but only for the businesses with staff from one to four workers, whereas no impact upon businesses with staff from five to nine workers.