University education is considered as the royal road in Egypt. It has contributed to the education of far too many students in recent years compared to the needs of the labor market. Vocational education suffers from a lack of image and does not attract young people. However, according to the latest report of Femise, it deserves to be valued given its relevance in the labor market. 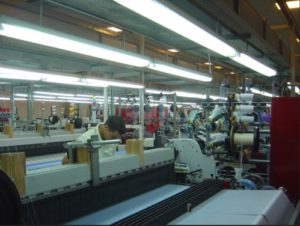 In industry, the shortage of technicians hinders the development of companies

Out of 90 million inhabitants, Egypt currently has 2.5 million students. On the benches of the university, enrollment jumped 20% in four years. The budget devoted to higher education has increased from 18 billion pounds in 2013/2014 to 21 billion in 2015/2016 (ie one billion euros). Admittedly, higher education plays a key role in developing countries. But is it necessary to bet on the university when it is skilled workers that lack Egypt? Is vocational training not also a factor in reducing inequalities?

Femise asks these questions in its latest report (FEM 42-10) published in March 2018 entitled ” Inequality and inclusive growth : Are education and innovation favoring firm performance and well-being?” in three parts. The first, coordinated by the economist Inmaculada Martinez-Zarzoso (Jaume I Universities in Spain) in collaboration with Javier Ordonez from the same University and Dr. Mona Said from the American University in Cairo (AUC), analyzes vocational and technical secondary education in Egypt in 1998, 2006 and 2012.

Femise starts from an observation: “The vocational-general education divide results from a phenomenon of class struggle. The elite relegates the members of the “lower class” to technical schools”. In industry, the shortage of technicians hinders the development of companies.

Match vocational training to the needs of the enterprises

Despite the government’s effort to encourage technical education, the number of students dropped by 3% in 2012. According to the study, this phenomenon can be explained by the relatively low level of returns to technical education, which continues to decline, compared to returns to university education (especially for men in the public sector). For women, the returns to education are even lower in the public and private sectors, regardless of their education. Note, however, a smaller gender gap exist in the private sector.

Redesigning technical education could help promote social mobility and equity. “The quality and relevance of vocational education are the keys to effective reform. The labor market lacks skilled workers. The technical pathways suffer from social stigmatization” underlines the report. It is high time to revalue the image of vocational education, believes Femise. Apprentices are generally poorly paid. The Skills Development Project, with the support of the World Bank, directly benefits Egyptian enterprises of vocational training schemes.

Femise suggests strengthening partnerships between training institutions and companies with financial support from the European Union. But, “encouraging private companies to invest in vocational education will be of no use if trainees still face social stigma,” warns Femise.

Migration is a demographic phenomenon of great magnitude. Indeed, migrants accounts for about  215.8 million*, equally divided between men and women. Migration affects all countries, although the so-called developing countries have the highest rates of emigration, it is not only a movement from these countries to the North. Indeed, in 2009, 74 million* people have migrated from a southern country to another southern countries, often sharing borders. The causes of this South-South migration are multiple wars, famines, weather conditions and economic motivations. Migration from the South to the North represents some 97.51 million people whose main motivation is often economic or family reunification. Finally, in 2009, 37.7 million people* migrated from one developed country to another developed country, while 6.5 million* went south.

In most cases of migration from poorer to richer countries, individuals seeking to improve their living conditions. When they do not migrate permanently, they are more likely to send part of the money earned in the host country to their families in the home country. These remittances represent huge sums: in 2010, remittances to developing countries amounted to 325 billion*. Their level has increased sixfold since 1995. This explosive growth is in part due to the increased number of international migrants, but also improving the means available to migrants for effecting such transfers. In addition, the interest in this phenomenon in the literature and government has led to a better statistical coverage of these flows.

The amount of transfers far exceeds development aid in Asia, Latin America, North Africa and the Middle East, and are the main source of external financing in the latter part of the world (to direct investment abroad). The main recipient countries are India (55 billion), China ($ 51 billion *), Mexico (22.6 billion) and the Philippines (21.3 billion) the amount records are due to their very high rate of emigration. For some countries, these remittances constitute substantial financial resources they represent a very significant share of gross domestic product: in 2009, remittances accounted for 35% of GDP Tadjikistan, 28% and 25% Tonga and Lesotho, making these truly dependent countries of migration. In addition to representing substantial amounts, transfers are the only outside income donated directly to households. They have a very significant impact on the welfare recipients in countries where poverty is very present. In addition, these funds are very stable, and counter-cyclical nature allowing beneficiaries to deal more effectively with crises they face.

The importance of money involved has recently relaunched the literature on the broad topic of the impact of remittances to the country of origin. The themes are many, but still a topic particularly analyzed and discussed regarding the impact of remittances on poverty and income distribution in the country. The literature has gripped this for several years and looks into whether this money donated directly to households, allows people in developing countries out of poverty and to make society more equal.

Our study answers the question of the effect of migration on poverty and inequality from the realization of two original household surveys conducted in Morocco and Algeria. We use two original surveys we conducted in Algeria and Morocco with a sample of households with and without migrants and receiving or not receiving of remittances? We compare the levels of poverty and inequality prevalent today than estimated for a situation no migration or transfer to which migrants would be reinstated in local life. The first part presents the work on two Algerian regions of high emigration rates Kabylia and Tlemcen region.