The first international institution to intervene in the field of social and solidarity economy, the European Investment Bank, was presented a comprehensive report, commissioned few months earlier, on the subject by FEMISE on the the 8th of November 2014. In the report, economists at the Euro-Mediterranean Forum of Economic Institutes (FEMISE) identify and interpret social and solidarity economy mechanisms in Tunisia, Morocco and Egypt. They also present possible pathways to structuring this still emerging phenomenon. 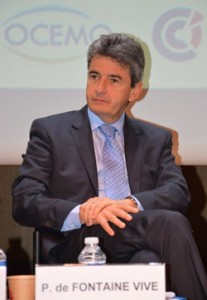 Could the social and solidarity economy constitute a response to the Arab Spring? The European Investment Bank, better known for funding infrastructure projects, has for the past year been examining the potential of this new form of economy, which is both humane and inclusive.

“We commissioned a FEMISE report on the social and solidarity economy because we need to think about regional integration. The EIB will in December sign its third agreement with a microcredit association”, explained Philippe de Fontaine Vive, Vice President of the EIB, on the 8th of November 2014. This one-day meeting in Marseille, dedicated to the contribution of the SSE to Mediterranean development, brought to a close the 10th Mediterranean Economic ‘Rendez-vous’, organised by FEMISE.

Entitled “The social and solidarity economy: vector of inclusivity and job creation in the Mediterranean?” , the report responds to questions asked by the EIB via its Mediterranean arm, the Facility for Euro-Mediterranean Investment and Partnership (FEMIP). FEMIP is working towards creating a programme of technical support designed to identify SSE actors in Morocco and in Tunisia.

Potential in the insurance and agricultural sectors 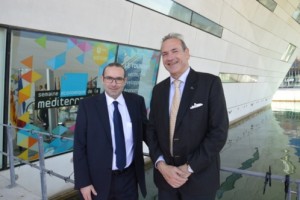 “We are witnessing a resurgence of associations and cooperatives. What does the SSE look like? Who are the actors and how can new needs be met? This study allows the veritable potential of this new form of economy to be validated and a sustainable and independent model for all types of subsidies to be reached”, explained David Demulier, Head of advice and development at FEMIP.

Applicable to all business sectors, the SSE represents a lever for growth in the agricultural sector in particular. It can also contribute to “rebalancing the territories” stated Henry Marty-Gauquié. The EIB’s representative in France also spoke of “strong potential in the insurance sector”, connected to the ageing population and the absence of social security.

The EIB, which is experienced in the development of microfinance and participative funding and has built relations with the mutualist sector, foresees the possible evolution of the banking sector. FEMISE economists suggest the creation of an ethical bank in each country and the development of financing tools dedicated to the social and solidarity economy.