Femise > Articles > Productivity and technology: when Egyptian businesses hold the keys to the export market 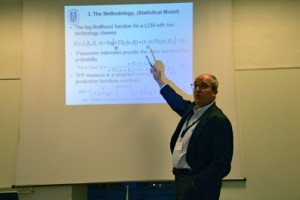 Mohamed Chaffai, Professor at the faculty of Economics and Management at Sfax University in Tunisia, is co-author of a study on the manufacturing sector in Egypt: “What role does technology play in a company’s capacity to export?” He presented a preview of the results of his work on 6th October 2015 at the first international seminar on “business and globalisation” organised in Aix-en-Provence by Femise, CERDI, AMU, AMSE and Greqam (*).


Is there a link between a company’s productivity and its ability to export?
In Egypt, such as in many other countries, studies have demonstrated a correlation between productivity and export. All the empirical studies demonstrate that the more companies export, the more productive they become.

What performance differences have you observed between a company that exports and one that does not export?

Can you detail the production methods? 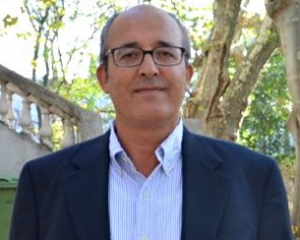 The World Bank carried out three surveys between 2003 and 2008 that included some 1830 companies. 80% of these companies used low productivity procedures which called upon high levels of manual labour. The others are companies which use more advanced technologies and have greater access to investment capital. You should also take into account the size of the companies, the levels of qualifications of the employees, management experience…

In 2015 is this analysis still valid?

The industrial fibre remains the same and industrial processes do not change with political regimes. However, productivity is currently dropping due to a lack of foreign or domestic demand.

What recommendations would you make in terms of economic policy?
The Egyptian government must incite companies to export more, to use improved levels of technology for production, and direct national policies towards opening markets to the competition. In terms of tax incentives, I will cite the example of Tunisia where textile sector companies are given certain advantages if they export.

The literature considers that all companies have a potential to export. However, our study shows that this is not the only key variable and other factors enter into consideration, such as productivity and technological choices. In Egypt, certain companies have implemented efficient processes but do not export, whereas others have much lower levels of productivity but have managed to find a foothold on international markets.

It is important to encourage companies to adopt more recent and more productive technologies. Governments should act on two levers: support for export activities and providing access to adapted technologies. Certain conditions already stimulate this process such as ISO certification, obtaining a foreign licence, the promotion of new products… Companies which follow such paths should benefit from incentive measures.

Interview and photo by Nathalie Bureau du Colombier, Econostrum during the Workshop on “Firms and Globalization” held on the 6th of October at Aix, Marseille, France.