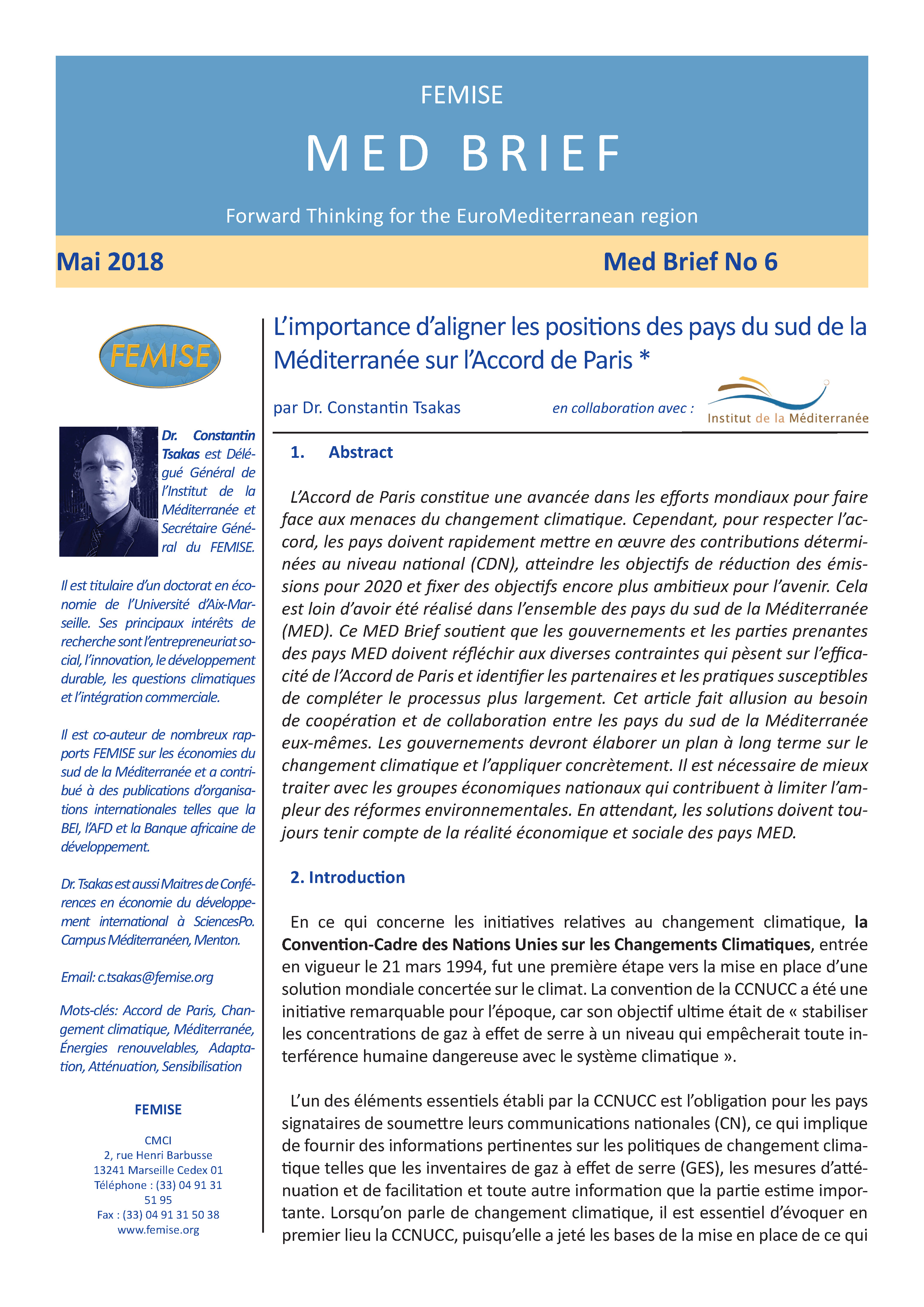 The sixth issue of MED BRIEF “The Importance of Reconciling South MED Countries positions on The Paris Agreement” is available by clicking here.

The Paris Agreement is a breakthrough in global efforts to address the threats of climate change. However, fulfilling the agreement requires countries to rapidly implement nationally determined contributions (NDCs), meet emissions reduction targets for 2020 and set future targets that are even more ambitious. This is far from a done deal for the South Mediterranean (MED) countries. 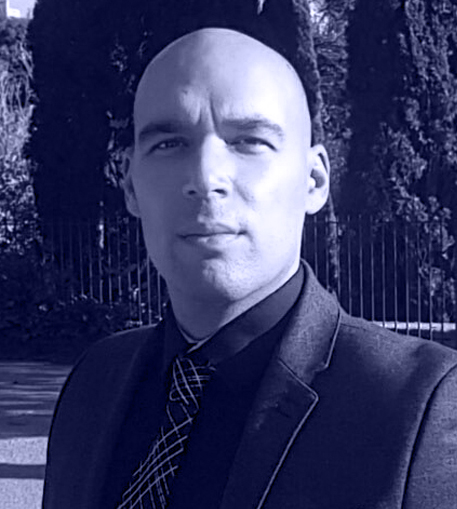 This MED Brief, by Dr. Constantin Tsakas (General Manager of Institut de la Méditerranée, General Secretary of FEMISE) argues that MED governments and stakeholders need to think about the various constraints on the effectiveness of the Paris Agreement, identify partners and practices that could complement the process more broadly. This brief alludes to the need of cooperation and collaboration between South Med countries themselves. Governments will need to develop a long-term plan on climate change and provide concrete steps to actually apply it. They need to deal better with domestic economic groups that contribute to the limited level of environmental reforms. Meanwhile, solutions shall always be made while considering the economic and social reality of MED countries.