Theme : Call for Proposals Energies 2050 : Organization of events at COP23 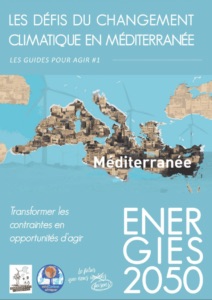 The 23rd Conference of Parties (COP23) at the United Nations Framework Convention on Climate Change (UNFCCC) will be held in Bonn, Germany, from the 6th to the 17th of November 2017 under Fijian presidency. This major event on the international agenda is an opportunity for all actors involved and at all levels to reaffirm their commitment and to launch concrete actions.

ENERGIES 2050, a FEMISE partner who also published a report on Climate Change in which FEMISE participated, is a well known and recognized player in the fight against climate change and will be present and very involved at COP23. The association has had the privilege of accompanying several African countries in the preparation of their Nationally Determined Planned Contributions (CPDN) and in the preparation of preparatory files for submission to the Green Fund for Climate. E2050 is the lead author of the Guide to Climate Change Negotiations, published by Institut de la Francophonie pour le développement durable (IFDD), a subsidiary organ of the International Organization of Francophonie (OIF) since COP20 in Lima, and will organize an international citizen art exhibition at the COP23 as part of the ART’s PLANET initiative.

Energies2050 offers you the possibility to suggest one or several events at COP23. This call for proposals should make it possible to share knowledge, demonstrate possibilities, build partnerships and leverage opportunities. If you are interested, you may click here.