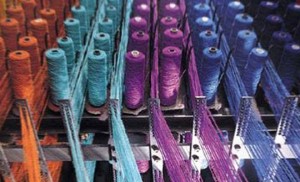 “Low cost of labour is key to FDI, but it is losing its importance because the technological revolution is gradually taking hold in traditional business sectors. In addition, the Tunisian economy faces stiff competition in terms of labour cost from Morocco, Egypt, Turkey and Portugal,” explains Samia Seghir in a Femise report entitled “Les boucles d’investissement intérieur – Investissement étranger et la croissance des pays Méditerranéens” [“The links between domestic and foreign investment and the growth of Mediterranean countries”]. In the report, Ms Seghir looks closely at changes in the textiles and clothing sectors.

Both tourists and the major multinational companies are attracted by social and political stability as well as by a business environment that has been enhanced by various reforms, including privatisation.

As well as fairly simple centralised administrative procedures, foreign investment is encouraged by tax breaks. And then there is the qualified workforce, access to the Euro-Mediterranean market and credit lines from the European Investment Bank.

With so much going for it, Tunisia is attracting the French, Italians, Germans, British, Spanish and Americans, and, increasingly, new nationalities as well.

FDI in Tunisia accounts for 10% of the country’s production investment and generates a third of exports and one sixth of jobs. Ms Seghir, however, issues a note of caution: “Relying on privatisation to stimulate foreign investment could be a limited strategy.” The economist continues: “Companies put forward for privatisation are unlikely to bring in vast sums of money because they are fairly small and there aren’t many of them.”

h J R
Femise @femisenetwork The #covid19 crisis is an opportunity to rethink our priorities and systems, to make them sustainable, inclusive, i… https://t.co/5Ff6G3RLgZ