Femise > Articles > The opening up of Mediterranean countries should continue… smartly 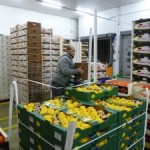 Does removing tariffs and reducing non-tariff barriers between Mediterranean countries and the European Union stimulate economic growth? The answer is not as obvious as it seems. In its Euromed Report 2012, the Euro-Mediterranean Forum of Economic Institutes stresses the need to continue to open up, but in moderation.

In 2013, Europe should seize the opportunity to reform the Common Agricultural Policy to advocate opening up to the outside world, particularly to the Southern Mediterranean. In the agricultural sector, farmers in North Africa complain of persistent non-tariff barriers.

These sanitary and phyto-sanitary measures imposed by Europe are needed to strengthen traceability and labelling. In practice, it’s a bigger obstacle to exports than tariffs!

Tariffs have literally collapsed in the Middle East and North Africa, going from 33% in 1993 to 1% in 2008. “Mediterranean countries derive limited benefits from tariff dismantling”, according to FEMISE researchers in the Euromed Report 2012.

This not only affects the agricultural sector but also manufacturing and services. However, “reducing tariffs has had a small effect on business productivity”, says the report.

Taking Moroccan companies as an example, FEMISE emphasises that a “10-point drop in tariffs led to an increase in productivity of only between 0.5 and 1%. Increasing the rate of penetration of imports had no impact on the productivity of firms”.

What benefits have Turkey, Morocco, Tunisia and Egypt derived since joining the World Trade Organisation (WTO)? Exporting more goods and services, promoting and receiving foreign direct investment. Opening up was accompanied by an imbalance. In “The Season of Choices”, FEMISE highlights the asymmetry between the EU and Mediterranean countries. Non-tariff barriers are indeed more numerous on the European side.

Technical barriers to trade affect 28% of products. “Non-tariff barriers is an area where Mediterranean countries have a real interest in cooperating and getting along. If they set up a credible system of standardisation recognised by their main trading partners, and, in parallel, if they use mutual recognition, South-South trade would be facilitated by this”, says FEMISE.

Lack of equipment, laboratories and qualified staff are some of the many obstacles to the development of uniform standards. Again, Europe has a role to play in the transfer of skills.