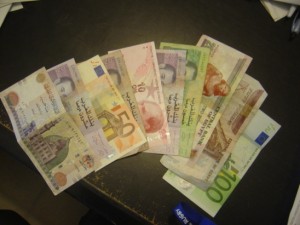 Have living conditions in the Mediterranean basin improved over the last ten years? What about governance, education and the place of women? The latest FEMISE publication demonstrates the positive effects of the Barcelona Process. Not just from a strictly economic point of view.

Clearly, both theoretically and empirically, the Barcelona Process (1995) has impacted positively on trade, foreign direct investment and, in a general way, living conditions of people in the Mediterranean basin.  Beyond these simple considerations, economists from the Euro-Mediterranean Forum of Economic Science Institutes (FEMISE) wanted to deepen their analysis.  According to them, the benefits of the Barcelona Process are mixed.  They differ depending on the area in question.

Entitled “Convergence beyond the economic sphere:  Effects of Euro-Mediterranean integration”, the FEM34-21 study conducted by Professors Bernd Lucke, Selim Cagatay and Suleyman Degirmen is in line with a previous FEMISE report on the same topic, published in 2007 by Lucke and Nathanson.

If an improvement in the status of women is noticeable in some countries (Algeria, Jordan, Lebanon, Tunisia), in other states, however, such as Morocco and Syria, progress is still needed.  In Egypt, women’s status is showing a sharp decline with the increase in cases of sexual harassment.

There is another worrying phenomenon; the education of boys has been declining for a decade.  The authors explain this trend by the collateral effects of trade liberalisation.

The authors claim that the Barcelona Process has not had any effect on GDP growth, which increases in a general way in Mediterranean countries, causing a decrease in mortality.  The development and improvement in health and living conditions affects trade developments.

Maghreb and Middle Eastern countries would be aware of environmental concerns even if the link with Barcelona remains to be established.  From a financial perspective, FEMISE has noted improved access to credit and an increase in lending to the private sector for over ten years. Turkey, in this sense, is one such model.

It appears clear that migration to European states strengthens both the imports and exports of the country of origin.  An increase in migration would therefore stimulate trade.