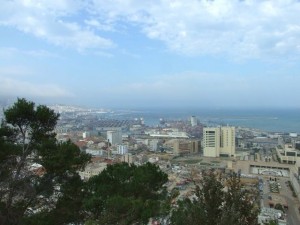 Rising unemployment, worsening public deficit, declining tourism revenues… political transition is proving to be a long and winding road. Two years after the events of the Arab Spring, Southern Mediterranean countries must continue their efforts to improve productivity and reduce inequalities. In its annual report 2012 “The Season of Choices”, FEMISE invites the international community to stay engaged.Dismantling authoritarian regimes, putting an end to corruption, establishing democracy and freedom of the press… these are some of the many challenges facing Southern Mediterranean countries.

“Political transition is long and painful and newly acquired freedoms have not yet translated into tangible benefits for citizens”, says Ahmed Galal (managing director of the Economic Research Forum and président of the Femise) and Jean-Louis Reiffers (president of the Femise Scientific Committee), coordinators of the Femise Annual Report 2012.

Citizens who had great hopes for the revolutions of the Arab Spring must now face a process that could take 4 to 5 years. “The transition period has created costs and produced large macroeconomic imbalances”, says the report, noting that ultimately few structures have been put in place to facilitate the transition.

Throughout its 300 pages, “The Season of Choices” presents an overview of the economic situation of countries that were part of the Arab spring. The toppling of authoritarian regimes, the demonstrations and the instability in Arab countries have dealt a blow to tourism, even if it does seem to be gradually recovering.

The unemployment rate, which affects around 11.4% of the workforce, remains at very high levels, particularly among the young. Only 50% of 20-24 year-olds are in work. The mismatch between training graduates and the reality of the labour market is still one of the challenges to be met.

Countries have given in to popular pressure by increasing public spending. Salaries for civil servants are rising, but deficits are widening to the point where in 2011 they represented 10% of Egypt’s GDP.

“Growth went from 4.8% in 2010 to 3% in 2011 but behind this trend lie important variations from one country to another”, says the report pointing the finger at the lack of inclusive growth. Only Turkey has managed to succeed brilliantly with a growth rate of 8.5 % in 2011.

The improvement of total factor productivity, innovation and reducing the accumulation of capital are key to sustainable growth, so that it is not thwarted by “short-term needs”, notes FEMISE, suggesting the policy of openness and financial mobilisation of the international community should be continued.

“The European Union has provided 1.2 billion euro, from the €5.7 billion provided through grants from the European Neighbourhood Policy for the period 2011 to 2013”, the ERBD is ready to “commit up to €2.5 billion of public and private investment in the region per year”, the report said. At a time when European budgets are tightening, support for the South must not fail.