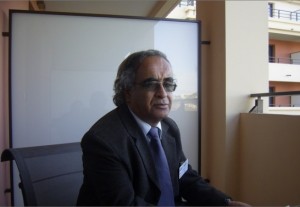 Unbridled urbanization despite coastal protection acts, real estate development pressure, tourism, the demographic explosion … The threats for the coastal territories of Morocco and Algeria exist. For FEMISE economists, economic development and the challenges of sustainable development must be brought together.

37% of Algerians and 46% of firms live or operate on the coastal territories which count for just 4% of the total land area of this immense country. An Eldorado for rural dwellers? In the past few years, populations have elected to live in the 14 coastal Provinces (‘wilayas‘) and the results are clear for all to see: slums, pollution, household and industrial waste, disfigured landscapes… The disaster’s consequences could well be irreversible. Not forgetting the financial impact since the consequences are claimed to be responsible for the sharp fall in the GDP.

The situation in Morocco is similar. Moroccan coastal territory represents 20% of the land area. Many people have moved to Tangier and the Mediterranean while others, who prefer an Atlantic climate, have elected Casablanca and Agadir in the south. Whatever the coastline, the results are the same with damage caused by human activity to the water, energy, air, noise, waste and coastal landscape. The FEMISE recommends the creation of a National Institute of Coastal Territory Studies.

Are all the environmental issues taken into consideration before and during the construction of huge tourist complexes and the extraordinary development of the Tangier Med region and port?   After several months work by researchers from both countries, the FEMISE recently published an analysis of the environmental damage caused to the coastal territories of two neighbouring developing economies.

The FEMISE report (FEM 34-04) “Eco-development in the light of the Euro Mediterranean Partnership: Application to the coastal territories of Algeria and Morocco” highlights the need to bring together economy and ecology and rethink urban development. The aim being, according to the report, to develop a new eco-environmental context in which all players come out winning through improved growth objectives and a better protection of the environment and all natural resources.

The FEMISE report, coordinated by Nadji Khaoua, senior lecturer and research director at the University Badji Mokhtar of Annaba, recommends the setting up of a National Institute of Coastal Territory Studies. As a think-tank, research details could be defined in collaboration with the European Union. Via the Faculty for Euro-Mediterranean Investment and Partnership (FEMIP) activities and the European Investment Bank, Europe is directly interested in the South-Mediterranean environment. Half of the EIB’s potential investments for 2013 concern climate-related projects (urban transport, ports, renewable energies with the Mediterranean Solar Plan, natural gas development programs…). Compared to 10% in ten years time.