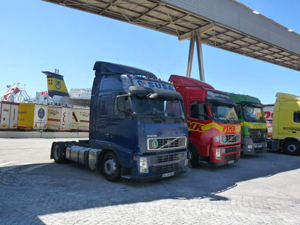 Fifteen years after the Barcelona agreement, the much-desired convergence between the Mediterranean countries and the European Union has not taken off as expected or required. With regard to trade, tariff and non-tariff barriers are still too high and there is a long way to go before services are liberalised, especially those linked to freedom of movement.

Perhaps there is a fear of opening borders and seeing markets flooded by cheaper foreign products. Perhaps politicians or government authorities are applying the brakes. For whatever reason, the deep integration between Europe and the Mediterranean countries, which was so desired in 1995, remains incomplete. This is partly why Europe is playing less of a role in Mediterranean trade.

“With the exception of manufactured goods, there is a slowdown in trade with the European Union as the role of China grows. However, we mustn’t be too pessimistic because there seem to be signs of upscaling in manufactured products. This improvement in product quality must bring about enhancements in the production system to add value and a positioning in niche markets (clothing, electronics, aeronautics, etc.). “The failure of the production system to adapt is why young graduates are struggling to find work,” says Nathalie Roux, a researcher at the Economic Development and International Finance Research Centre (DEFI).

Mediterranean countries must get used to trading with each other

The gap between education and the job market reached a climax in January 2011, when an entire nation rose up against the unfairness of a two-tier system and brought down the Ben Ali regime, which was seen as authoritarian and corrupt.

Writing in a Femise annual report entitled The Euro-Mediterranean Partnership at a Crossroads, Ms Roux provides several explanations for the failure of the Barcelona agreement. “Local industries are protected by the retention of tariff barriers and, to a lesser degree, by non-tariff barriers that are not part of the Barcelona Process,” the economist explains. This is a shame, she continues, because it would allow Mediterranean countries to improve their production processes and put themselves on the world map with products that meet market standards.

Origin regulations are also a hurdle, but they could be removed by signing bilateral agreements. Such agreements would, for example, allow Morocco to import fabric from Turkey and then export it to Europe. In order to get to that stage, the Mediterranean countries must get used to trading with each other.

The liberalization of services is also a stumbling block, both in finance and telecoms. In agriculture, Europe’s import ban on fruit and vegetables grown in the Maghreb blocks any attempt at convergence. “The very high barriers to agricultural products prevent Morocco from developing its competitive advantage,” adds Ms Roux. One thing is certain: Europe must bring the barriers down and let in oranges from Malta and dates and tomatoes grown in Mediterranean countries.